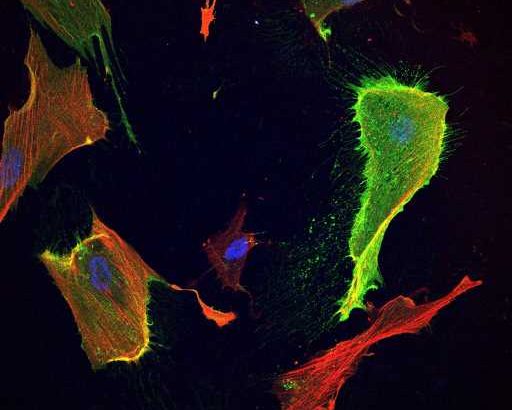 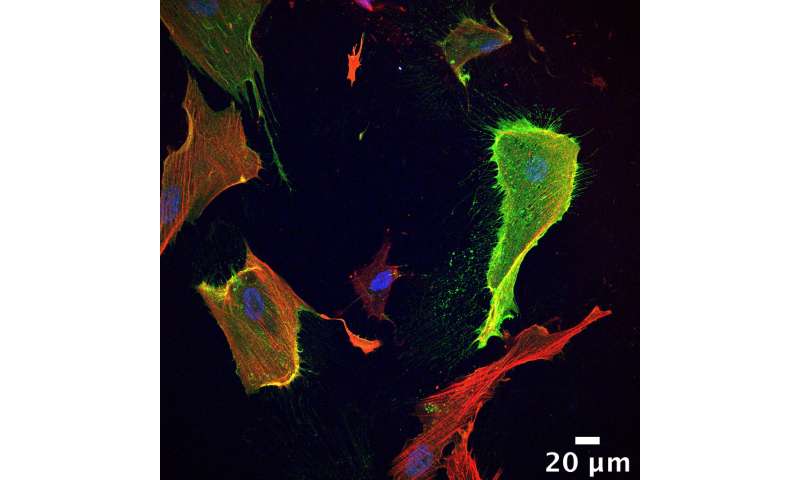 Researchers from the Garvan Institute of Medical Research have uncovered four new subtypes of cells within triple negative breast cancer, which contain promising new therapeutic targets for the aggressive disease.

Using cellular genomics, the team revealed one of the new cell types produces molecules that suppress immune cells, which may help cancer cells evade the body’s immune system. The discovery, published in EMBO Journal, could lead to a new class of therapies for triple negative breast cancer.

“Patients with triple negative breast cancers have a poor prognosis, in large part because treatment approaches have advanced very slowly,” says senior author Associate Professor Alex Swarbrick, Head of the Tumour Progression Laboratory at Garvan. “We’ve analysed individual cells in patient tumour samples to gain unprecedented insights into what makes up a tumour, allowing us to identify subtypes of cells and investigate their role in disease.”

By definition, triple negative breast cancers lack three receptors (for oestrogen, progesterone and the HER2 protein) that are targeted with specialised therapies in other breast cancers. This leaves patients with limited treatment options and poor outcomes—a substantial proportion of patients diagnosed with the cancer die within five years of diagnosis.

“In our study, we searched for new potential targets for therapy by analysing the individual cells inside triple negative breast tumours. This includes not only the cancer cells themselves, but also the surrounding host cells, such as immune and connective tissue cells, which can be thought of as the cancer ‘ecosystem’ that supports a tumour to grow and spread,” explains Sunny Wu, first author of the study.

The researchers used next-generation sequencing of 24,271 individual cells extracted from biopsy samples of five triple negative breast cancer patients, and detected over 6000 unique RNA molecules in every cell, creating a snapshot of each cell’s gene activity.

By analysing the profiles of active genes, the researchers revealed four cell subtypes of stromal cells, which form the connective tissues in the body. Previous studies in triple negative breast cancers had generally considered there to be only one type of stromal cell.

The researchers investigated further to understand what role these four cell subtypes might play in triple negative breast cancers. They revealed surprising interactions between the signalling molecules produced by the stromal cells and immune cells.

“Our findings suggest that there is significant crosstalk between the immune system and stromal cells, which were generally thought to have only a structural role in cancers,” says Associate Professor Swarbrick.

For instance, the team found that one of the cell subtypes they discovered in the breast cancers, so-called inflammatory cancer-associated fibroblasts or ‘iCAFs’, released the chemokine CXCL12, a signalling molecule known to suppress the anti-tumour activity of T cells.

“This is significant because immunotherapy—which is designed to activate the patient’s immune system against a tumour—has limited response in many patients with triple negative breast cancer,” Associate Professor Swarbrick adds. “If iCAFs are suppressing T cells in triple negative breast cancer, and we can remove this interaction, T cells will be more susceptible to activation and more likely to attack the cancer.”

The researchers say that combining immunotherapy with a treatment that stops the interaction between stromal cells and immune cells holds promise for improving the treatment of triple negative breast cancer.

The team will now analyse further breast cancer samples, to obtain an even better understanding of the cells that comprise triple negative breast cancers, their interactions and how these can be intervened with to stop disease progression.

“Pathologists have been describing cancers under the microscope for more than 150 years, but we still only have a shallow understanding of the cells that are there,” says Associate Professor Swarbrick. “Cellular genomics is showing us that what we once thought of as one cell type is in reality a diversity of cell types, which will have a significant impact on how we tailor treatments in future.”