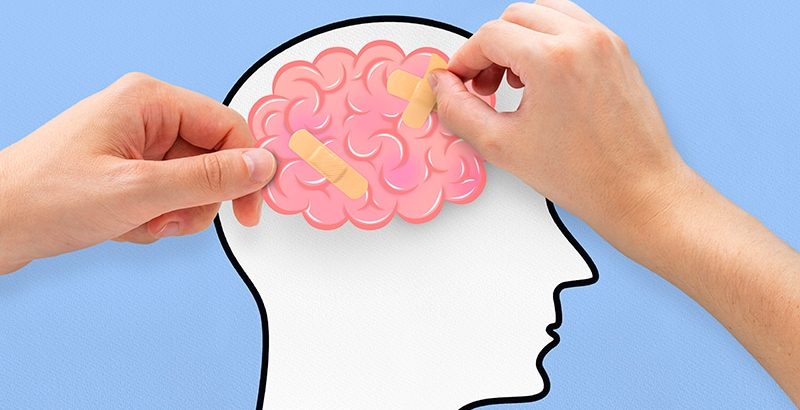 Boxers and mixed martial arts (MMA) fighters can recover cognitive and memory skills after they retire from fighting, results of a longitudinal study show.

“What is most exciting about the findings is that it shows us brain resiliency in action,” Aaron Ritter, MD, associate staff, neuropsychiatry and behavioral neurology, Cleveland Clinic Lou Ruvo Center for Brain Health, Las Vegas, Nevada, told Medscape Medical News.

“Not only did we see some stabilization in cognitive scores, but also on several measures, an improvement. This was also supported by the MRI findings, which showed that the brain volume loss stabilized,” Ritter said.

“Our results were further supported by the fact that blood markers also stabilized and improved. This may indicate that processes like inflammation are driving some of the damage we see in repetitive head trauma and once these processes are turned off, the brain can improve,” Ritter added.

The study was published online September 14 in Neurology.

Repeated insults to the brain from boxing and other contact sports increase the risk for multiple neurologic conditions, including chronic traumatic encephalopathy (CTE), cognitive and behavior problems, and parkinsonism.

For boxers and MMA fighters, it’s unclear whether cognitive changes will progress, remain stable, or recover when they transition from active to inactive fighting status at a relatively young age.

They found that those who stopped fighting in their early 30s experienced  improvement in verbal memory and motor and processing speed over time, while fighters who remained active had stable or declining scores over time.

Over time, retired fighters also had a decrease in levels of neurofilament light chain (NfL), a blood marker of brain injury, while NfL levels remained stable in active fighters.

The researchers also used MRI to measure brain thickness in 68 regions of the areas of the brain that control emotion, memory, and executive function.  Fifty-four regions had consistently changing trajectory, with thickness measures stabilizing in retired fighters and subtly declining over time in active fighters.

“For the broader public, I think the message is that we need to continue the good public awareness about the potential negative impacts of repetitive head trauma but also that head trauma is incredibly common, and if it does occur, the brain is very resilient,” Ritter told Medscape Medical News.

“For athletes, we need to continue to have thoughtful discussions about the effects of repetitive head trauma but also that improvements can occur after they retire,” Ritter said.

Reached for comment, Shae Datta, MD, co-director of the Concussion Center at NYU Langone in East Meadow, New York, said she is confident that the brain recovery seen in boxers and MMA fighters could be extrapolated to professional football players and other sports or occupations with repetitive head trauma, once that exposure stops.

“If you want to grade exposure to head impacts, boxers and MMA fighters get the most and to see the brain recover is “good news,” she told Medscape Medical News.

Datta said the study also confirms that the brain is resilient but needs time to recover.

“Just conditioning a muscle, if it keeps getting injured and you don’t give it enough rest and time to recover and rehab, it’s just not going to be able to function the way that it should,” she said.

The study was supported by the National Institutes of Health. Ritter and Datta report no relevant financial relationships.