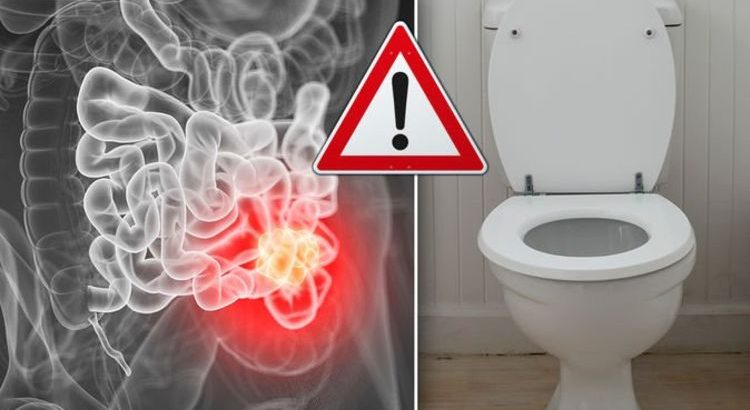 Bowel cancer is one of the most common cancers to be diagnosed in the UK. You should consider speaking to a doctor if you notice that you never fully feel like you’ve emptied your bowels after passing a stool.

Bowel cancer is a general term for any cancer that develops in the large bowel, and it may sometimes be known as colon or rectal cancer.

The early warning signs of bowel cancer can be very subtle, and many people may not be aware that they’re at risk.

That’s why it’s crucial that you always check your stools after using the toilet.

Any change to your usual toilet habit may be a sign of bowel cancer. 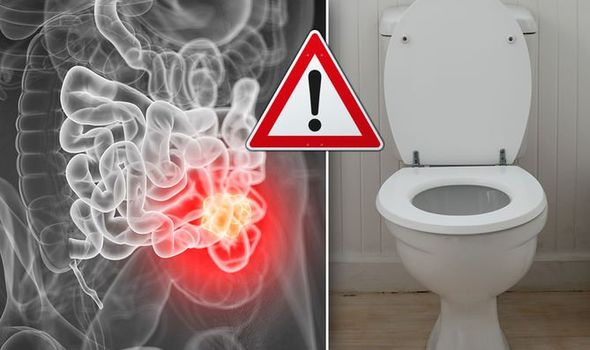 Your poo may be looser than normal, or it may feel as if your bowels are never truly empty.

Some patients report needing to use the toilet more often.

Others may find that you’re making fewer toilet trips than you’re used to.

“If you have any symptoms, don’t be embarrassed and don’t ignore them. Doctors are used to seeing lots of people with bowel problems,” said the charity.

“Tell your GP if you have noticed any persistent and unexplained changes in your bowel habit, especially if you also have bleeding from your back passage.

“You may have looser poo and you may need to poo more often than normal. 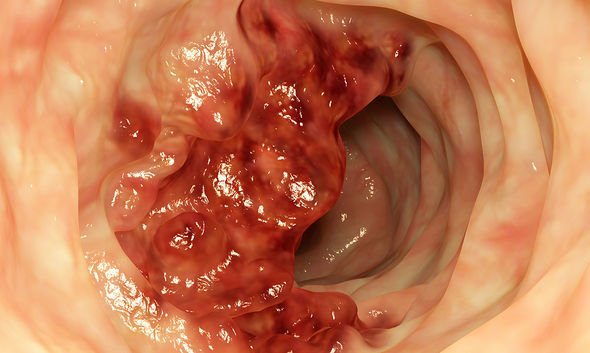 You should see your GP if your change in bowel habit persists for more than four weeks.

But, just because you notice a subtle change to your bowel habit, it doesn’t necessarily mean that you have bowel cancer.

The doctor will assess whether you may be at risk of the disease by asking about your symptoms, and whether you have a family history of bowel cancer.

Your GP could subsequently refer you to a specialist for further investigation.

You could lower your risk of bowel cancer by making some small diet or lifestyle changes.

Eating large amounts of red and processed meats have been linked with a higher likelihood of bowel cancer.

Smoking, drinking too much alcohol and obesity could also lead to the disease, the NHS warned.

More than 90 percent of all bowel cancer causes occur in people over the age of 50.