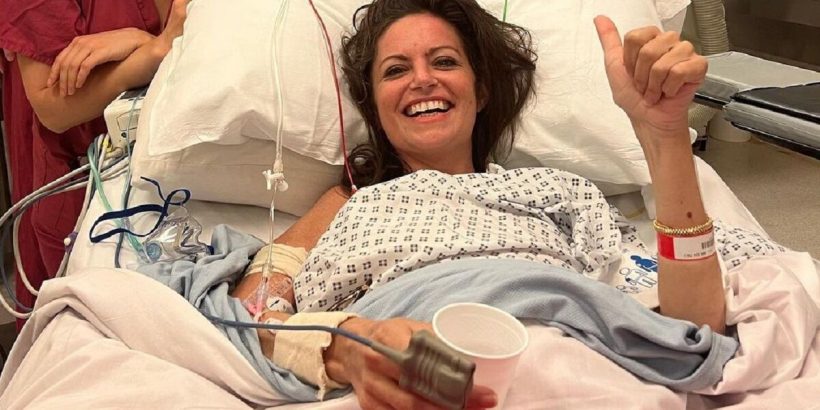 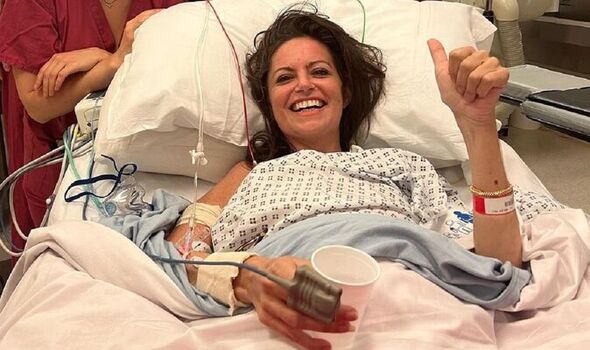 Dame Deborah James described herself as a “textbook hypochondriac” who feared “dizziness means a brain tumour, a cough means lung cancer and blood in the stools means bowel cancer”. In fact, the inspirational campaigner and broadcaster, whose death this week at 40 brought a slew of tributes, was proved tragically correct in that final example despite being told three times she had nothing to worry about.

“If only for once someone believed me earlier that I wasn’t ‘crying wolf’ – when in my normal nervous GP ‘question time’ I tell the doctor I think I have bowel cancer – I’m actually laughed at, not once but three times over the course of six months!” she recalled in a poignant post from her blog in January 2017, a month after her stage three bowel cancer diagnosis at the age of 35.

Deborah, who had two children, Hugo and Eloise, with her husband Sebastien Bowen, was not your typical bowel cancer sufferer.A vegetarian since the age of nine, she was a fitness fanatic who worked out four times a week and didn’t smoke.

With a lean BMI of 19, it’s no surprise she considered herself “pretty healthy”.

“Don’t get me wrong, I’m not putting myself on a pedestal as some kind of green juicing goddess but at the same time I’m hardly your big butt mama!”

So her worsening symptoms made no sense. Neither did the dismissive attitudes of doctors who failed to grasp that the seriousness of her failing health could mean bowel cancer.

“Despite being reassured on numerous occasions that I must have IBS, haemorrhoids or worse case colitis, my blood tests and stool sample came back ‘normal’ so everything must be fine!,” she wrote. “And yet I was still losing weight, passing blood, going what felt like 100 times per day and feeling shattered.

‘I knew there was something wrong with me, a sixth sense if you will’, because for the first time I was afraid – very use raid king afraid about taking this further.”

In the event, she had to pay for a private referral for a colonoscopy to learn how ill she really was – a moment that “blindsided” her.

“Having refused the sedative and having researched what cancerous tumours would appear like in a colonoscopy (total hypochondriac geek alert!), I stared at my ugly 5.5cm cancerous, ulcerated tumour in the face and everything went silent” she recalled.

Before long, she would develop stage four cancer, meaning it had spread to her other organs. It was then she quit her job as deputy head at The Matthew Arnold school in Staines-upon-Thames, Surrey, and began to share her story to help others.

As one of three presenters on BBC Radio 5 Live’s You, Me and the Big C, she became known to millions as the Bowel Babe, an irreverent, witty moniker she used that perfectly matched her upbeat personality and megawatt smile.

But even as she urged others with symptoms to get an appointment with their GPs to catch early signs of cancer, there was a sad irony to Dame Deborah’s words… would she have faced a terminal diagnosis had her concerns been acted on earlier?

“But there is still a small but significant number of people under the age of 50 diagnosed every year and Deborah was one of those.

“Because it’s rarer in younger people, it can sometimes take them longer to get diagnosed… it’s really crucial that people get a timely diagnosis.”

Bowel cancer is the UK’s second-biggest cancer killer, after lung cancer, with more than 16,500 dying a year – equivalent to 45 lives lost each day. Yet that needn’t be the case as it is treatable and curable if diagnosed early enough.

Most people diagnosed with stage one bowel cancer will survive, says Ms Edwards, whereas the odds of surviving stage four bowel cancer drop to one in eight. And access to screening varies depending on where you live in Britain.

It starts from the age of 50 in Scotland and over 60 in Northern Ireland, while in Wales people are asked to attend screening between the ages of 58 and 74.

As of April, NHS England is gradually reducing the age range of national bowel cancer screening from 60 to 50.

The current rollout is being “staggered down the age groups” over the next four years because of a healthcare backlog caused by the Covid pandemic, says Ms Edwards.

“It will take a little while but there is some good news because a FIT test [Faecal immunochemical test] is now being introduced in primary care so that GPs can use it with patients who are symptomatic,” she continues.

FIT tests are easy-to-administer home tests currently used by all of the UK’s blood cancer screening programmes. “They look for tiny bits of blood in the poo, which you wouldn’t notice,” Ms Edwards says. Each test comes with full instructions and a freepost, self-sealing envelope in which to send off the sample.

People typically get their results about two weeks later.Yet, incredibly, only about 65 per cent of people who receive a test send it back.

“I suspect some of it is to do with the test itself – you’ve got to collect a little sample of poo and stick it in the kit and post it back – and some people feel a bit squeamish,” says

Ms Edwards. “But others just forget. I’ve spoken to loads of people who keep meaning to do that or haven’t done it, and then of course it gets swept into a drawer and forgotten about.” 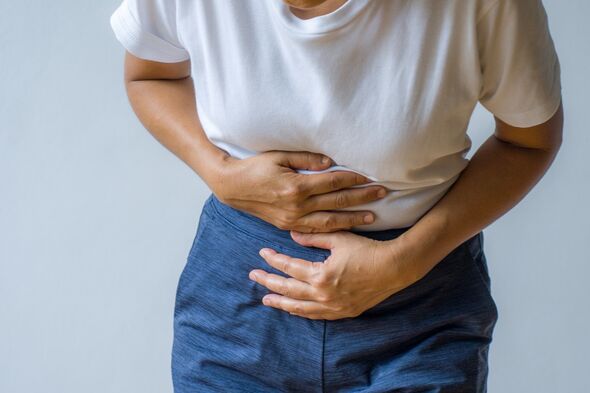 Family doctor and bowel cancer survivor Anisha Patel, who received her stage three diagnosis in September 2018 aged 39, attributed her tiredness and changing bowel habits to piles and IBS, but admits: “Being a GP, one could say I should have known better,” “I didn’t feel unwell but looking back, I probably had what I thought were new-onset IBS symptoms for the year before my diagnosis – constipation requiring laxatives intermittently, some urgency in needing to go to the toilet, and occasionally some fresh blood on the toilet paper. But since childbirth six years ago, a little blood every now and again on the toilet paper from a pile I thought I had was not unusual.”

Ms Edwards has a strong message for anyone who receives a FIT test: “Put down your cup of tea immediately and just do it because it really could save your lif tlki t ldl t k h tlife. I was talking to a lady last week who got sent her first ever test. She had no symptoms but it picked up that she needed further investigation.

“She had bowel cancer and she’s doing really well after her surgery. If she had waited until she knew she was symptomatic it could have been a different outcome for her.”

The word cancer terrifies most people but even in cases where further investigation is required, eight out of ten people won’t have bowel cancer.

“Those symptoms could be lots of other things so it’s just helping to triage the people who really do need a further investigation,” Ms Edwards says.

She believes the FIT test will help ensure younger people like Deborah will have their symptoms diagnosed earlier in future.

But she wants to see further change in the medical profession. “Bowel cancer tends to be ruled out last because it’s unlikely,” she says. “I’d like to see it ruled out first and fast.”

Following surgery to remove her tumour, Anisha Patel is well again and raises awareness of the disease as her good friend Dame Deborah did.

The mother-of-two says: “We are closer as a family and see life in a totally different way now. We have stopped sweating the small stuff.

“One thing high on our agendas is ensuring we help raise the awareness of bowel cancer in the young amongst both health professionals and the public, and helping to alleviate the frequently encountered stigmas surrounding this cancer by sharing our story and trying to stop people [from] presenting late by getting checked early.”

Tellingly, even as she was receiving end of life care, Dame Deborah focused on helping others and sharing her wisdom.

“Find a life worth enjoying; take risks; love deeply; have no regrets; and always, always have rebellious hope,” she wrote in a message intended for her millions of followers.

“And finally, check your poo – it could just save your life.”