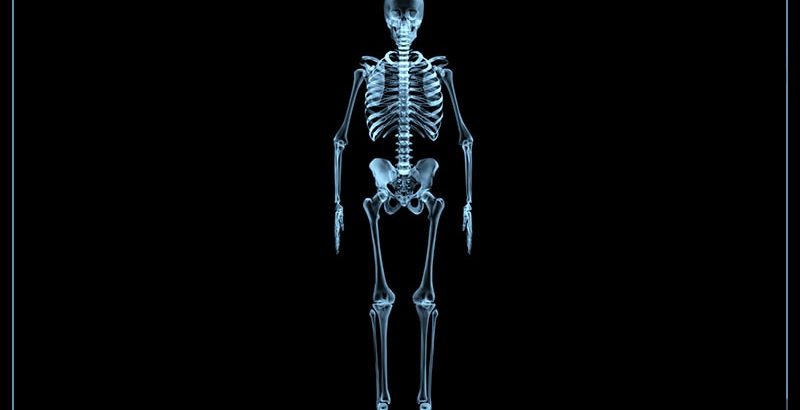 There may be a notable survival benefit for men with advanced prostate cancer and bone metastases when they are prescribed bone-protecting drugs after progressing to “castrate-resistant” status (no longer responsive to androgen deprivation therapy) and move onto first-line therapy with abiraterone acetate (Zytiga).

Results from a retrospective study show that the addition of bone resorption inhibitors (BRIs), including zoledronic acid and denosumab (Xgeva), to abiraterone plus prednisolone was associated with significantly longer overall survival (OS). The median OS was increased by nearly 9 months among recipients compared with men who didn’t receive these drugs in this setting.

The findings were published online July 22 in JAMA Network Open.

All men with prostate cancer should receive BRIs “as the disease reaches the castration-resistance with bone metastases stage, as recommended by the international guidelines,” said lead author Edoardo Francini, MD, PhD, of the University of Florence, Italy, in comments to Medscape Medical News.

While there is no evidence that BRIs — when used alone — may improve survival in metastatic castration-resistant prostate cancer (mCRPC) with bone involvement, there has been a “suggestion” of a survival benefit with BRIs when combined with other anticancer therapies in this setting, say the authors.

So Francini and a team of international co-investigators looked at the medical records of men with mCRPC and bone mets treated at eight institutions in Canada, Europe, and the United States and focused on patients who received abiraterone acetate (with prednisone) because it is the most common first-line therapy in this setting.

Patients were classified by receipt versus nonreceipt of concomitant BRIs and subclassified by volume of disease (high or low volume).

Study author Francini hopes the new study results can effect change. “Hopefully, clinicians will be more inclined to use bone resorption inhibitors in combination with abiraterone acetate plus prednisone as soon as the disease reaches the castration-resistance with bone metastases stage, as recommended by the international guidelines.”

“This study highlights the importance of bone-targeted therapy in current practice for men with mCRPC and bone metastases,” write Samuel Takvorian, MD, and Naomi Haas, MD, of the University of Pennsylvania in Philadelphia in an accompanying editorial.

But the study also reveals that work needs to be done to get clinicians to prescribe BRIs, they say, and that clinical pathways and behavioral “nudges” could help promote adoption.

Most (71%) of the men in this study did not get bone protective drug therapy, they point out, even though they were being treated at major hospital systems.

“I think this is less likely due to poor communication from professional societies (the guidelines are clear) and more likely due to a) bone health being low on the list of priorities for these patients and b) clinician uncertainty and/or lack of appreciation of the clinical benefit of these agents,” Takvorian told Medscape Medical News in an email.

“When prostate cancer progresses to the castration-resistant phase, clinicians (and patients) rightfully are focused on the next cancer-directed therapy. However, this may be at the expense of supportive care, like bone agents, which often gets short shrift,” he added.

“These SREs collectively represent a clinically meaningful outcome that is often measured in clinical trials,” observe the editorialists. In the current study, SREs were comprised of pathologic fractures, spinal cord compression, or the need for surgery or radiotherapy to bone.

“Up to one half of men with mCRPC, the advanced and often fatal stage of disease, experience SREs, which are associated with considerable morbidity, decreased survival, and increased healthcare utilization and costs,” they also point out.

This study found no difference in the OS benefit between the different BRIs used, that is, between that seen with zoledronic acid versus denosumab.

The editorialists suggest that this finding is important, even though it “must be considered preliminary given the limitations of a retrospective study.” These results add “to data suggesting that these agents are comparably beneficial; thus, decisions between them should focus on clinical factors, such as kidney function, patient preference, and cost,” they state.

In terms of having differentiating characteristics, the editorialists say that zoledronic acid is “more often associated with acute phase reactions and required monitoring of kidney function” while “denosumab conferred a higher risk of hypocalcemia.” Rates of osteonecrosis of the jaw are comparable.

International guidelines endorse the use of either agent for the treatment of men with mCRPC. But “some argue that the marginal benefit of denosumab must be weighed against its dramatically higher cost (the annual cost of zoledronic acid is approximately $140 vs $29,000 for denosumab),” the editorialists say.

The dramatically higher cost of denosumab vs zoledronic acid has also been noted by other oncologists treating patients with other cancers, including multiple myeloma.

In addition to drug costs, there is another issue at stake: the prescribing oncologist is reimbursed by Medicare Part D at 6% for whichever drug is chosen, which represents a “financial conflict” for oncologists, said Vincent Rajkumar, MD, professor of medicine and a hematologist/oncologist at the Mayo Clinic, Rochester, Minnesota.

There is also a difference in how the drugs are administered, which may influence patient preference, the myeloma experts noted. Zoledronic acid is given intravenously every 3 months and requires a 15-minute infusion at a center, while denosumab needs to be given more frequently (every month) but is administered by subcutaneous injection.

Francini has reported receiving grants from Roche Italia and personal fees for research travel from Janssen-Cilag outside the submitted work. A number of other authors disclosed financial ties to Janssen or Amgen, makers of abiraterone and denosumab, respectively. The editorialists have reported no relevant financial relationships.

Nick Mulcahy is an award-winning senior journalist for Medscape, focusing on oncology, and can be reached at [email protected] and on Twitter: @MulcahyNick