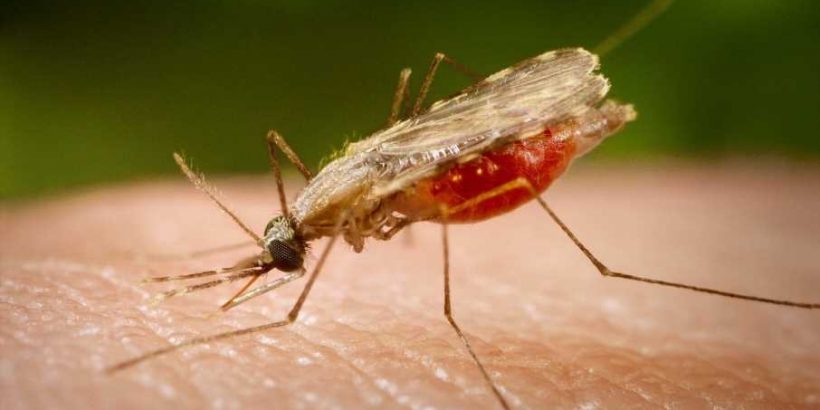 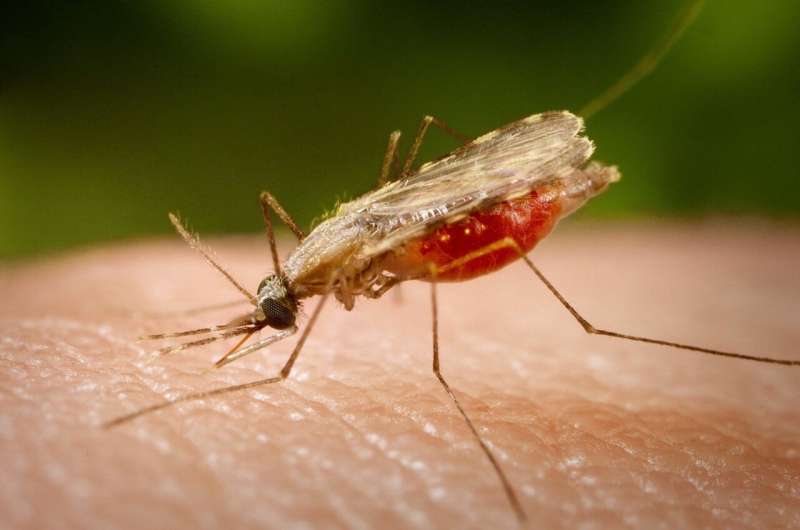 The parasites that cause severe malaria are well-known for the sinister ways they infect humans, but new research may lead to drugs that could block one of their most reliable weapons: interference with the immune response.

When that protein-receptor connection is made under normal circumstances, the infected red blood cell, hijacked by the disease-causing parasite, de-activates the immune cell—meaning the body won’t fight the infection. A drug designed to fit into that space could block the interaction, allowing the immune system to get to work clearing away the pathogen.

In a previous study, a team including the Ohio State University and National Institutes of Health scientists who led this research did similar work with another immune cell receptor that the protein, called RIFIN, binds to in its bid to suppress the immune response.

Through a genome-wide analysis of the parasite that causes malaria, the scientists found RIFIN exerts the same type of immune-suppressing function in various species of Plasmodium infecting humans, gorillas and chimpanzees. This suggests it is a mechanism that has not changed over the course of evolution—meaning this function is critical to the parasite’s success and therefore an attractive target for intervention.

The researchers envision either a vaccine or a chemical compound, or both, could be developed to disable this function, reducing the risk of severe malaria cases that require hospitalization and rapid treatment.

“RIFIN targets two receptors to down-regulate immune function so the parasite can evade immune surveillance and survive. If we can lift the immunosuppression, the human immune system can take care of the rest,” said Kai Xu, assistant professor of veterinary biosciences at Ohio State and co-lead author of the study. “Inhibition of the immune response is one of the major reasons severe malaria infection is so hard to deal with.”

Xu co-led the research with Peter Kwong of the National Institute of Allergy and Infectious Diseases (NIAID) Vaccine Research Center.

The study is published in Nature Communications.

This work focuses on species of Plasmodium that cause the worst cases of malaria—many of the 200 million people infected annually have mild symptoms, but severe cases can cause respiratory distress and organ failure. More than 400,000 people die of the disease each year. There are several drugs used to treat malaria, but current medications are losing effectiveness because the parasites have developed resistance to them.

Humans are infected through the bite of a mosquito carrying the parasite. Once in the human body, the parasites transform themselves in the liver so they can then infect red blood cells, reproduce and release toxic factors, which leads to clinical symptoms of disease.

The members of the RIFIN family of parasitic proteins—of which there are 200-plus—can do lots of things to exacerbate the infection once the parasite has reached red blood cells. A small subset of them bind to two receptors, LAIR1 and LILRB1, on B-, T- and NK cell surfaces to keep those immune cells dormant.

Capturing the protein-receptor interactions with X-ray crystallography in enough detail to define the precise structure at the binding site can be tricky because they happen so quickly and are dynamic. The researchers observed the connections as they naturally happen, but a bit of serendipity provided them with an even better option. It turns out that antibodies induced in some people who have had malaria contain genes from the LAIR1 receptor, and by being part of a parasite-specific antibody, the LAIR1 segment develops a very high attraction to RIFIN. Using those unusual antibody structures to observe the LAIR1 segment’s attachment to RIFIN gave the team a much, much closer look at the structure of their bond.

From here, the researchers plan to focus their efforts on the 20 or so RIFIN family members that are attracted to and bind with the two immune cell receptors.