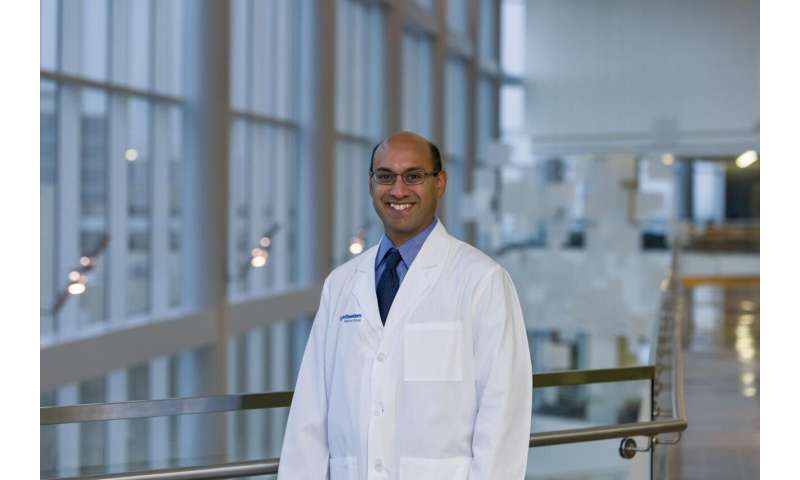 For decades, high-density lipoprotein (HDL) cholesterol has been dubbed ‘good cholesterol’ because of its role in moving fats and other cholesterol molecules out of artery walls. People with higher HDL cholesterol levels tend to have lower rates of cardiovascular disease, studies have shown.

Now, UT Southwestern scientists have analyzed data on more than 15,000 people to better understand the association between HDL cholesterol, heart attacks, and strokes in diverse populations. They found that the number of HDL particles, a little-used measurement of HDL, is a more reliable predictor of heart attack and stroke risk than the standard HDL cholesterol metric. Moreover, they found that among black people, neither HDL measurement was significantly associated with heart attack.

“Previous studies have looked at HDL levels in the population as a whole,” says Anand Rohatgi, M.D., an associate professor of internal medicine at UTSW. “But we know that sometimes biology differs by gender and race, so we thought it was important to separately tease apart what’s happening in those populations, as well as how HDL is associated with stroke, which has been understudied.”

According to the Centers for Disease Control and Prevention, heart disease is the leading cause of death in the U.S. More than 12 percent of adults in the U.S. have high total cholesterol levels, and more than 18 percent have what’s currently considered low levels of HDL cholesterol.

For the new paper, published in the journal Circulation, Rohatgi and his colleagues pooled together information on people who had participated in four large, nationwide studies—the Dallas Heart Study, Atherosclerosis Risk in Communities study, Multi-Ethnic Study of Atherosclerosis, and the Prevention of Renal and Vascular Endstage Disease study. In all, the studies included 15,784 people followed over an average of 8 to 12 years. Of the participants, 54 percent were male, 22 percent were black, and their average age was 56 years.

“By combining all these large existing cohorts, we had enough numbers to look at these populations that had been understudied in the past,” says Kavisha Singh, M.D., a research fellow in cardiology at UTSW and first author of the new study.

In addition, the data included two different measurements of HDL: HDL-P levels tally how many particles of HDL are circulating in the blood. HDL-C levels, the standard test, instead quantify how much total HDL cholesterol is inside those particles. Since the number of HDL particles may vary with regards to how much cholesterol they contain, the two measurements can be quite different and are only moderately correlated.

When the researchers homed in on black participants, the results were different—neither HDL-C nor HDL-P was linked to a black person’s risk of heart attack.

“If you’re white, low HDL cholesterol is still a powerful predictor of heart attack and stroke risk, and that has not changed,” says Rohatgi. “But if you’re not white, it’s not that straightforward.”

A better understanding of how HDL can help predict disease, and how that association varies among populations, is vital to lowering rates of cardiovascular disease, the researchers say.

“These risk markers are really relevant in everyday primary care and cardiology,” says Singh. “Doctors use cholesterol levels to make decisions like whether a patient goes on medication or not.”