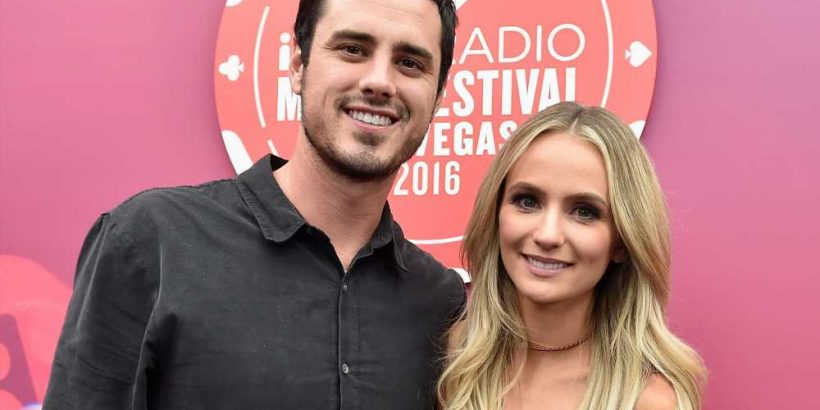 The Bachelor alum, 30, and her country star husband Chris Lane, 36, announced on Sunday that they are expecting their first child together, sharing an ultrasound of their baby on the way on Instagram. The couple tied the knot in Nashville last October after they first started dating in 2018.

"A dream ☁️ Except I'm not dreaming. I'm wide awake," Bushnell Lane captioned her Instagram post. "Holding your dads hand, watching you dance around in my belly. Listening to your little heart beat. My new favorite sound. A miracle. New life. Our sweet baby. Thank you Jesus! All the glory belongs to You 🙏"

Countless members of Bachelor Nation extended congratulatory messages to her in the comment section — including her ex-fiancé Higgins, 31. "Congrats! What a thing to celebrate!" wrote Higgins, who's currently engaged to Jessica Clarke. Chris Lane and Lauren Bushnell Expecting Their First Child: 'I Had a Funny Feeling I Was Pregnant'

Higgins and Bushnell met and got engaged on his season of The Bachelor, which aired in 2016. The proposal came moments after Higgins said goodbye to his other finalist, JoJo Fletcher, at the time. (Fletcher also commented on Bushnell Lane's pregnancy announcement, writing: "😭😭😭 so happy for you both!!!")

Higgins and Bushnell announced their split in May 2017. In a June interview with Entertainment Tonight, Higgins reflected on the breakup, acknowledging that the two had been struggling before calling it quits. "I do think Lauren and I very early on were just trying so hard to make it work that it was just pulling pieces of us all the time," he said.

Bushnell Lane admitted it was "a rocky road from the start," telling PEOPLE after their split that "there just wasn't that joy that should be there and that was there at the beginning."

Who's Due Next? Sierra Dawn, Fantasia Barrino and More Celebs Who Are Expecting

Bushnell Lane told PEOPLE exclusively about how she learned she was going to be a mom and the moment she told her husband. "I just had a feeling so I took a pregnancy test. There really wasn't anything physical happening; I just had a funny feeling I was pregnant," she explained.

"I took a test and believe I was about three-and-a-half weeks at that point, so the second line was very faint. I showed Chris and he didn't believe the test. We went to the store together and bought a digital test and it clearly read 'pregnant.' I think I took about 10 more still in disbelief!" she added. "Because I was so early we both were shocked but cautiously optimistic!"

"It was very exciting but now feels even more real seeing the ultrasound and hearing the heartbeat," said Bushnell Lane. "We are just soaking it all in!"