The weather is colder, the days are shorter and many struggles to maintain a happy, healthy mindset. 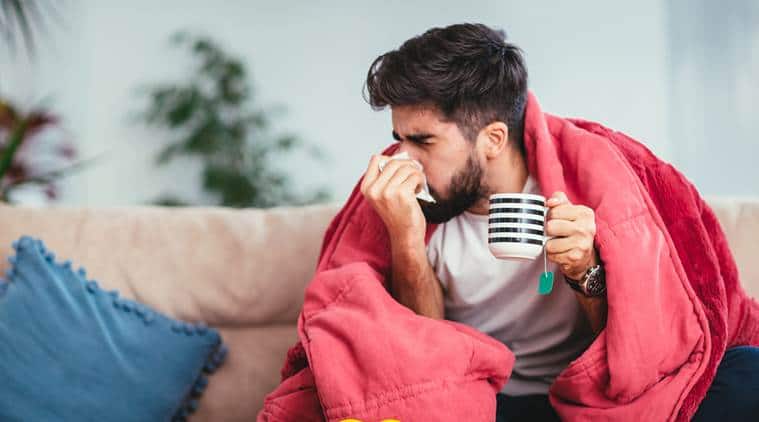 December is here and winter has arrived, along with it comes seasonal flu, colds and other ailments. The weather is colder, the days are shorter and many struggles to maintain a happy, healthy mindset. It’s a myth where many people believe that cold is caught by not keeping yourself warm in winter or being exposed to chilling weather.

“Cold is an infection of the upper respiratory tract when the virus particles are inhaled. The common cold is spread through infected person’s sneeze, speech and from loose particles from the nose while wiping. The virus can be spread by touching surfaces contaminated with respiratory secretions”, says Dr Saad Hafeez Usmani, Consultant- Internal Medicine, Columbia Asia Hospital Whitefield.

Sore throat: Painful, scratchy or dryness in the throat which later leads to pain is some of the most common symptoms of sore throat. It is mostly caused due to infections and weather circumstances.

Asthma: It is a lung disease, in which inflammation and narrowing of the airways occur. Sneezing, coughing, chest tightening are some of its symptoms. There are two types of asthma:

Allergic: Which is caused due to exposure to an allergen, such as dust, pollen, paint dust, smoke.

Painful joints: Orthopedicians say that in cold weather’s, the human body will conserve more heat, and more blood would be circulated to the heart and lungs. So, when this happens the arms, shoulders, knee joints blood vessels will contract leading to pain.

Flu: Flu also called as Influenza, which is a severe illness caused due to contagious respiratory viruses. The symptoms vary from mild to severe which at times can result in hospitalization and rarely death. Usually, young kids or older people whose immune systems are weak are often targeted to flu.

Heart attack: Elderly people are more at risk due to a drop in body temperature (hypothermia) in the colder months. The heart is affected by increased heart rate and blood pressure, where the heart needs to function harder to keep the body warm. These changes increase the risk of blood clots or thickening of the blood vessels which leads to heart attack and stroke.

* Regular exercise especially such as yoga and swimming is beneficial for the long run.

* Use of antibiotics and self -medication is to be avoided.

* Vaccination recommended for elderly, children and people with chronic diseases such as asthma and diabetes.

* A constant in south Indian cuisine – Rasam and savoured in every meal, it is prepared with a base of tamarind juice, pepper, tomato, cumin and other spices. It is traditionally prepared using tamarind juice as a base, with the addition of Indian sesame oil, turmeric, tomato, chilli pepper, pepper, garlic, cumin, curry leaves, mustard, coriander, asafoetida, sea salt and water. Rasam is a classic example of traditional functional food with all its ingredients medicinally claimed for various ailments.

* Ginger helps break down mucus formed around the lungs and helps in easy breathing. It even reduces inflammation in the airways and respiratory tracts. Include sliced or grated ginger in your morning water.

* Rich in antioxidants, cloves have anti-inflammatory, antiseptic and dental-soothing properties. Widely recognised for its medicinal and culinary qualities, these dried flower buds have a distinct flavour and intense aroma.