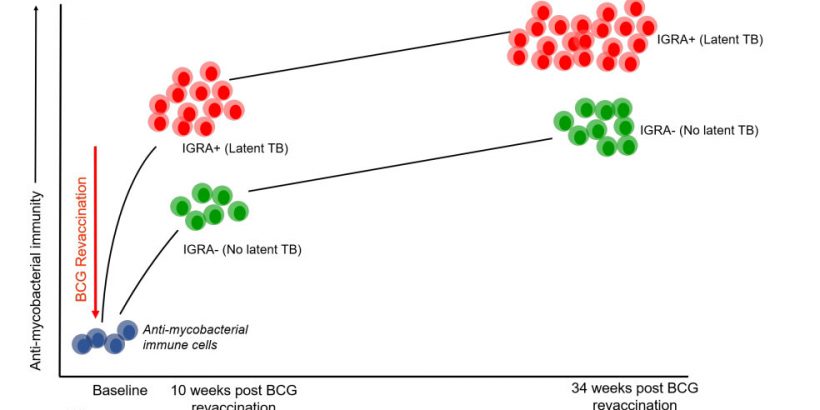 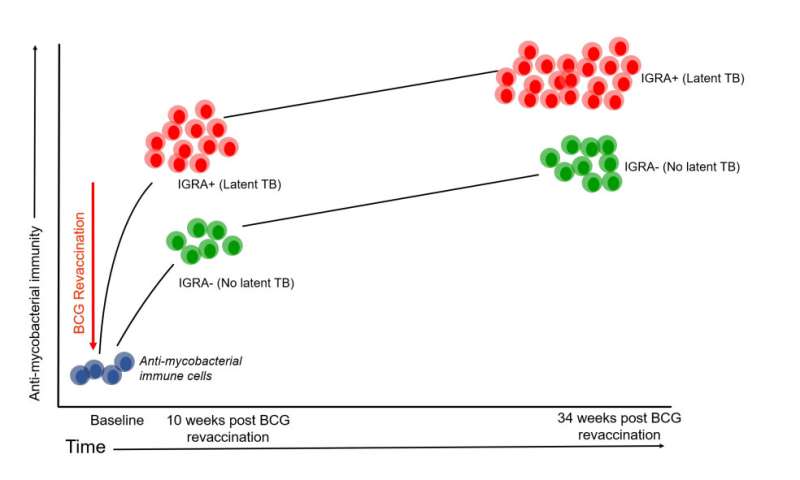 When young Indian adults, who have been vaccinated at birth, are once again given the BCG vaccine, their immune response against tuberculosis (TB) improves and they may be less likely to develop the disease, finds a new study led by scientists at the Centre for Infectious Diseases Research (CIDR), Indian Institute of Science (IISc).

The study, published in the journal JCI Insight, was carried out in collaboration with clinicians and researchers in India, U.S., Europe and the UK. It shows that revaccination with BCG boosts the numbers and response of a specific subset of white blood cells called Th17 cells that are involved in fighting TB.

“We are able to demonstrate for the first time that revaccination is immunogenic in the Indian context,” says Annapurna Vyakarnam, Ramalingaswami Fellow and Visiting Scientist at CIDR, and a senior author of the paper. “It induces the right type of immune cells.

About a quarter of the world’s population is thought to have latent TB—they carry the bacterium Mycobacterium tuberculosis in their body, but have no disease symptoms. They have a 5-15 percent chance of falling ill with TB in their lifetime.

The only clinically-approved TB vaccine is BCG, a weakened form of a bacterium called Mycobacterium bovis, which is administered at birth in India. It is effective in preventing tuberculosis meningitis and military disease in infants, but its effects rarely persist beyond 15-20 years. Young adults are particularly at risk of falling ill from TB.

“BCG is a tried and tested vaccine,” says Vyakarnam. “There is now a lot of interest in trying to see if revaccination of young adults in the age group of 18 to 22 years is capable of boosting anti-TB immunity.”

She and her colleagues recruited 200 young adults from the city of Madanapalle, Andhra Pradesh, India, home to one of the oldest tuberculosis sanatoriums in the country. The team was interested in investigating whether revaccination conferred additional protection in an environment with a high incidence of TB.

All the volunteers had been given BCG at birth. They were split into two groups: those who had latent TB—determined using a standard assay called QuantiFERON-TB Gold test—and those who did not carry the bacteria. Within each group, half of the individuals were revaccinated with BCG. Blood samples were extracted and analyzed over nine months, and detailed flow cytometry investigations were carried out to check for the presence of up to 256 immune cell subsets.

Compared to unvaccinated individuals, revaccinated individuals were found to have more than twice as many immune cells belonging to specific subsets called CD4 and CD8 T-cells. These cells produce signaling proteins called cytokines that rally the body’s immune responses against TB. Revaccination also boosted the numbers of innate immune cells that form the first line of defense against TB.

“Our study also showed that it is putatively safe to revaccinate people already infected with Mycobacterium tuberculosis but disease-free (otherwise referred to as subjects with latent TB),” says Vyakarnam.