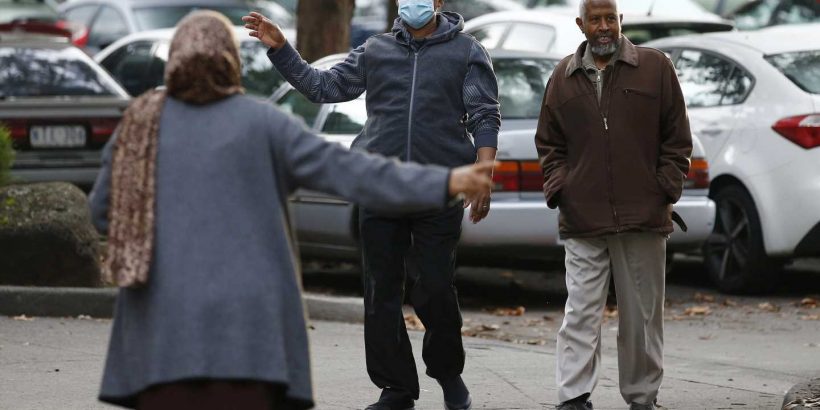 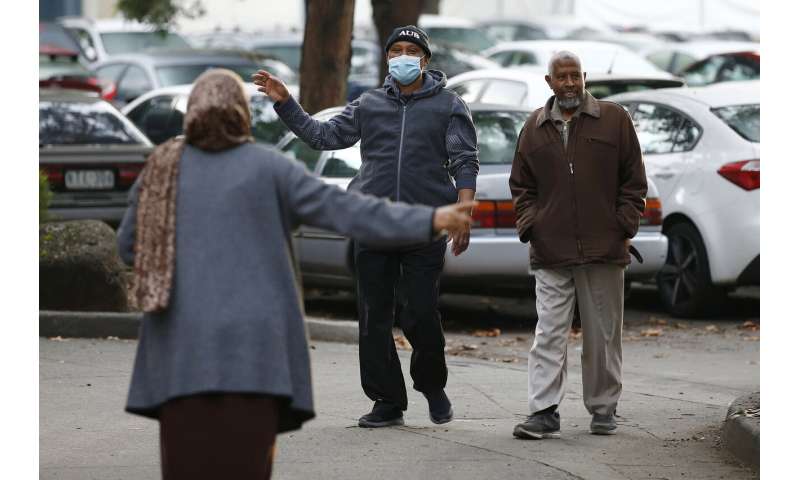 Australia’s coronavirus hot spot Victoria recorded 288 new cases on Friday, the largest number of any state since the pandemic began, and authorities warned the spread could worsen.

Victoria, Australia’s second-most populous state after neighboring New South Wales, has been cut off with border closures by other states. All states and territories but New South Wales had eradicated community transmission of the virus, but Victoria-linked infections are spreading.

Victoria hopes a second lockdown in Melbourne, the nation’s second most populous city with 5 million people, will curb the spread. It was imposed Wednesday and will last six weeks.

The Victoria tally reflected a new record of more than 37,500 tests in a day, state Premier Daniel Andrews said.

The previous high for a 24-hour period was 212 on March 28 at the peak of Australia’s first wave of infections and during a national lockdown.

The benefit of the lockdown will not be apparent in the infection numbers for more than a week, Sutton said. “We may well get worse numbers to follow,” before it gets better, he said.

But Sutton said Australia was still tracking comparatively well through the pandemic, referring to the United States which has a population 13-times larger than Australia’s 26 million people.

“Our numbers are the numbers that the U.S. gets every 10 minutes,” Sutton said. “We are still in a fortunate position and we have gone to a lockdown at this juncture in order not to have those kind of pressures manifest in our system.” 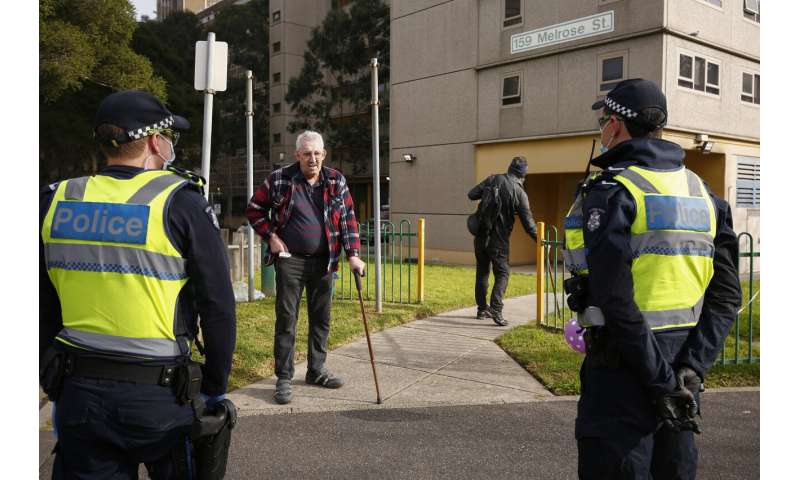 Australian states have banned people crossing their borders if they have been in Victoria in the past two weeks.

Victoria has banned international arrivals at Melbourne Airport after breaches of hotel quarantine in Melbourne were blamed for the country’s only widespread transmission of COVID-19.

Australia will more than halve the rate at which its citizens and permanent residents can return home on international flights to reduce numbers in hotel quarantine, the federal and state governments have agreed.

The number allowed to return to Australia each week would be reduced by more than 4,000 from next week.

Sydney, Australia’s largest city, has been carrying a disproportionate burden of hotel quarantine that is currently paid for by the New South Wales government.

Queensland, to the north, charges travelers 2,800 Australian dollars ($1,900) for their two weeks in hotel quarantine, making Sydney are more attractive destination for Queenslanders to return from overseas.

Prime Minister Scott Morrison other states are moving to charge for hotel quarantine, given that Australia has been urging citizens for weeks to return as soon as possible. Outside Victoria, most of Australia’s COVID-19 cases are detected in overseas travelers quarantined in hotels.

Victoria on Friday became the first state to recommend its residents wear masks.

Residents are advised to wear masks if they can’t maintain 1.5 meters (5 feet) social distancing such as when they’re on public transport or in supermarkets.