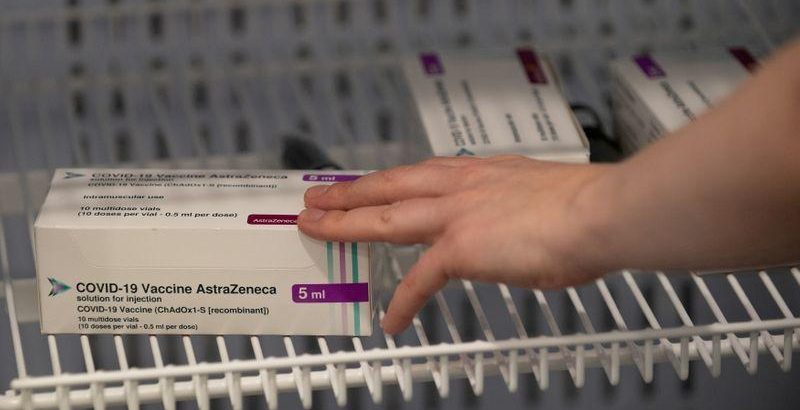 FILE PHOTO: Boxes of the Oxford/AstraZeneca COVID-19 vaccine are pictured in a refrigerator at a NHS mass coronavirus vaccination centre at Robertson House in Stevenage, Hertfordshire, Britain January 11, 2021. Joe Giddens/Pool via REUTERS//File Photo

MILAN (Reuters) – AstraZeneca will deliver 180 million COVID-19 vaccines to Europe in the second quarter, of which 20 million to Italy, the head of its Italian unit was quoted as saying on Thursday, dismissing reports of a possible shortfall.

Lorenzo Wittum, the CEO and chairman of Astrazeneca in Italy, told daily Il Corriere della Sera in an interview Italy would receive more than 5 million shots by the end of March, fewer than the 8 million previously agreed, leading to a total of 25 million doses by June.

Reuters reported on Tuesday, citing an EU official directly involved in talks with the Anglo-Swedish drugmaker, that AstraZeneca expected to deliver less than half the COVID-19 vaccines it was contracted to supply the European Union in the second quarter.

Wittum also said the pharmaceutical company was considering the possibility of administering a third dose and was working on new versions of the vaccine.