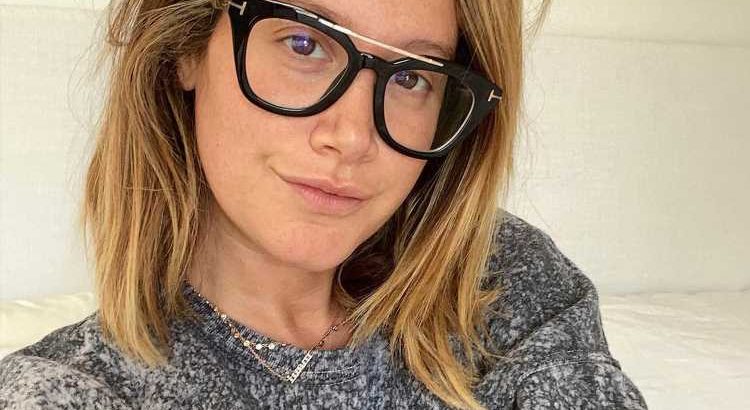 Over a decade after getting a nose job to correct a health problem, Ashley Tisdale is speaking openly about the "traumatic" criticism that followed.

In 2007, Tisdale had a rhinoplasty to correct a deviated septum "which caused trouble breathing," she told PEOPLE at the time. "The older I got, the worse it got. I went to get it checked out, and the doctor told me the septum was 80 percent deviated and that I had two small fractures on my nose."

Writing now in a new post for her website Frenshe, Tisdale, 35, explained that "it didn't feel like THAT big of a deal to me because the decision was based on serious health issues I was having." The High School Musical star emphasized that it "was not about changing my appearance," and a "quick decision" that she made based on her doctor's recommendation.

But after going public with her decision, Tisdale said, she dealt with "traumatic" shaming.

"Plastic surgery wasn't culturally accepted then like it is now," she said. "When I got it done I was scrutinized, judged, and made to feel ashamed over my decision. I made a decision that was no one's business (and is STILL no one's business) and for that decision, I was constantly made to feel bad about it."

The actress said that she "wanted to be honest and open about why I did it," but felt that she couldn't because of the criticism.

Tisdale, who is expecting her first child this year, said she is bringing up her nose job now because she was asked about her decision to go through with the procedure in a recent interview, which caught her "off-guard."

"At the end of the day, I'm having a daughter, and I hope her choices aren't met with judgment or shame," she said. "It's taken years for me to process this experience — an experience that I didn't think was that big of a deal either."

And Tisdale said that she's trying to use this experience to "let go" of that criticism for good.

I'm choosing to look at this interview (which was a bummer) as a positive," she said. "It brought up a very dark time in my life. Things like having paparazzi break into my home to get the 'first shot,' and feeling like I let people down were the first things that came to mind. BUT I'm choosing to see this as a push to face it, write it down and finally let go."

"Thank you for always allowing me to be honest and vulnerable with no judgment," she added. "If only other women could approach this subject the same way, we could probably feel less shame and a lot more love."

In August, Tisdale also opened up about having her breast implants removed after she "began struggling with minor health issues" that she believes may have been caused by her implants. Tisdale said that she underwent breast enhancement surgery "years ago" because she was feeling insecure about her body, but she recently developed food sensitivities and gut issues that she thought may be connected to her implants.

Tisdale had them removed last winter, and said that she's now happy to "finally be fully me."