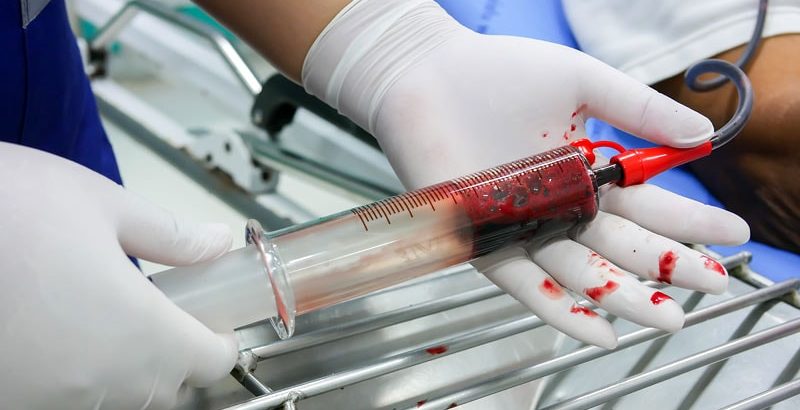 Gastrointestinal (GI) bleeds are about 20%–28% less likely in patients with atrial fibrillation (AF) taking apixaban (Eliquis) compared with other direct oral anticoagulants (DOACs), an observational study suggests. There were no differences between DOACs in risks for ischemic stroke or systemic embolism, intracranial hemorrhage (ICH), or death.

The risk for GI bleeding was reduced for low-dose apixaban vs low-dose rivaroxaban (Xarelto), suggested the analysis of more than half a million patients with AF taking one of four DOACs for stroke prevention. The study also covered edoxaban (Lixiana) and dabigatran (Pradaxa).

The results were similar in a subgroup analysis for patients aged 80 and older and those with chronic kidney disease (CKD).

When choosing a DOAC, she added, there still should be “wide consideration of all potential risks and benefits” as well as individual patient features and preferences.

Lau is lead author on the study published October 31 in the Annals of Internal Medicine. The findings, novel for including edoxaban in comparisons against apixaban, the report states, are solidly in line with several other observational studies.

But corroboration from head-to-head trials or large real-world studies has been lacking, “leaving clinicians without clear aid on the choice of DOAC,” Lau said. The current study brings “unprecedented precision and power” to comparisons of all four DOACs in a real-world setting.

Now, “We have several studies from different datasets, all with very large numbers, telling us a similar story,” said Geoffrey D. Barnes, MD, MSc, of the University of Michigan, Ann Arbor. That story is, “apixaban use is associated with less GI bleed risk than the other direct oral anticoagulants.”

That information has, for the most part, already entered practice, Barnes observed for theheart.org | Medscape Cardiology, with apixaban “now the number one most prescribed oral anticoagulant in the United States.”

Barnes, not part of the current study, cautioned that it bears all the limitations expected from observational, nonprospective data. But the authors, “I think, did everything possible to reduce bias and confounding.” Their approach was “very thorough and robust.”

For him, Barnes said, “what was so compelling about this particular analysis was that it wasn’t from just one dataset or one country. They had five datasets across 4 different countries.” That helps “to minimize, though never eliminate, some of the nuances of a single country” that are potential confounders.

Indeed, the researchers tapped five health registries comprising about 221 million patients in primary care and outpatient and in-hospital settings in France, Germany, the United Kingdom, and the United States.

In analyses adjusted with propensity scoring to help smooth out patient differences across the 5 datasets, the risk for GI bleeding in patients on apixaban was compared to those on each of the other DOACs. The hazard ratios (HR) for apixaban were

None of the HRs in corresponding analyses for ischemic stroke or systemic embolism, ICH, or all-cause mortality were significant.

The findings for GI bleeds and clinical outcomes were similar in patients at least 80 years of age compared with the overall population.

Without head-to-head data comparing DOACs for safety, “I don’t think you’re going to see guidelines choosing one drug over the other solely based on bleeding risk,” Barnes said.

“But I do think you’re going to see individual clinicians and maybe even expert opinion coalesce around the idea that, for your high-bleeding-risk patient, you may start with apixaban as your first choice but also recognize that rivaroxaban is still a very good choice.”

Barnes pointed to an ongoing randomized trial that is exploring this very issue. The COBRRA AF trial, with an estimated enrollment of 3018, is randomly assigning patients with a new diagnosis of AF to either apixaban 5 mg twice daily or rivaroxaban 20 mg once daily. Patients will be assessed after 12 months primarily for “adjudicated clinically relevant bleeding.”

Lau discloses receiving grants to his institution from the Innovation and Technology Commission of Hong Kong; disclosures for the other authors are at acponline.org. Barnes reports consulting for both Janssen and the Pfizer/Bristol-Myers Squibb alliance, and had previously disclosed relationships with Acelis Connected Health, Abbott Vascular, and Boston Scientific.