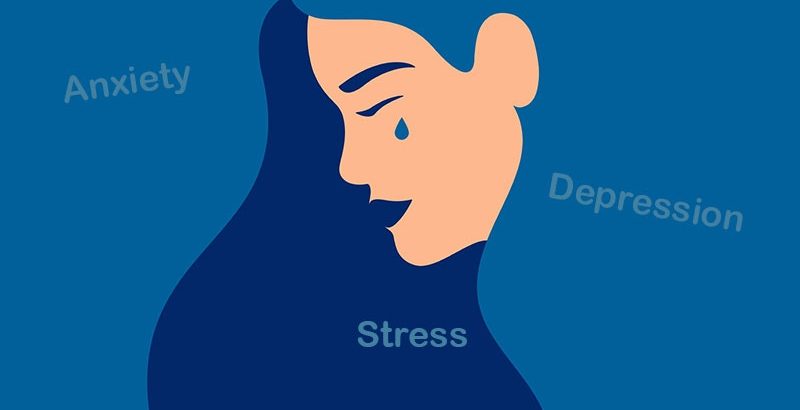 Anxiety and depression symptoms increased in adults last winter as COVID-19 surged in the United States but declined in the spring as COVID activity approached its nadir, according to an analysis from the Centers for Disease Control and Prevention. 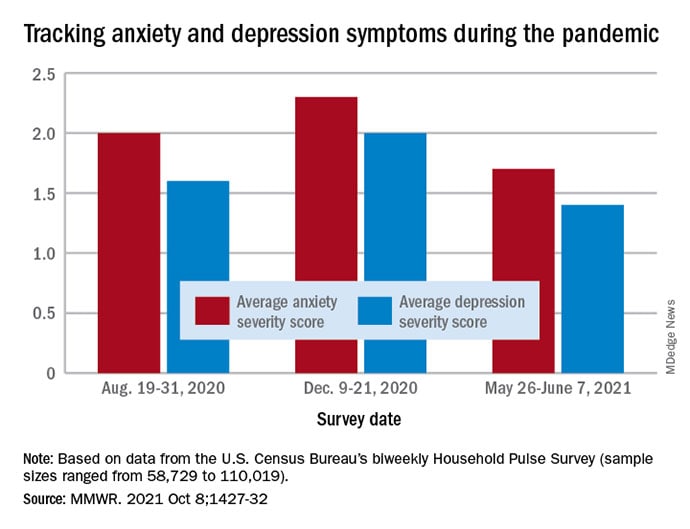 “The relative increases and decreases in frequency of reported symptoms of anxiety and depression at both the national and state levels mirrored the national weekly number of new COVID-19 cases during the same period,” Haomiao Jia, PhD, and associates wrote in the Morbidity and Mortality Weekly Report.

Despite that decrease in the spring, however, “the frequency of symptoms … in June 2021 remained elevated compared with estimates from” 2019, said Jia of Columbia University, New York City, and associates. Data from the National Health Interview Survey put the prepandemic severity scores at 0.63 for anxiety and 0.51 for depression.

Weekly symptom frequency in the Household Pulse Survey, which began in April 2020, was assessed with the four-item Patient Health Questionnaire, which includes two questions on anxiety and two on depression. Each answer scored on a scale from 0 (no symptoms at all) to 3 (symptoms nearly every day), making a total of 6 possible for each severity score, they explained. Sample sizes for the biweekly surveys ranged from 58,729 to 110,019.

Among the states, there was something of a pattern involving the drop in scores during the fall and the rise over the winter and spring months. “States with larger increases in severity scores during August-December 2020 also tended to have larger decreases during January-June 2021,” the researchers noted.

That group includes Minnesota, Mississippi, South Dakota, and Utah for anxiety and Idaho, Michigan, Minnesota, and Wisconsin for depression, the survey data show.

“Real-time monitoring of mental health symptoms can provide important information for responding to surges in the demand for mental health services during national emergencies. The observed differences in severity score magnitude and peaks across states in this study indicate that these efforts are important at both the national and state levels,” they wrote.