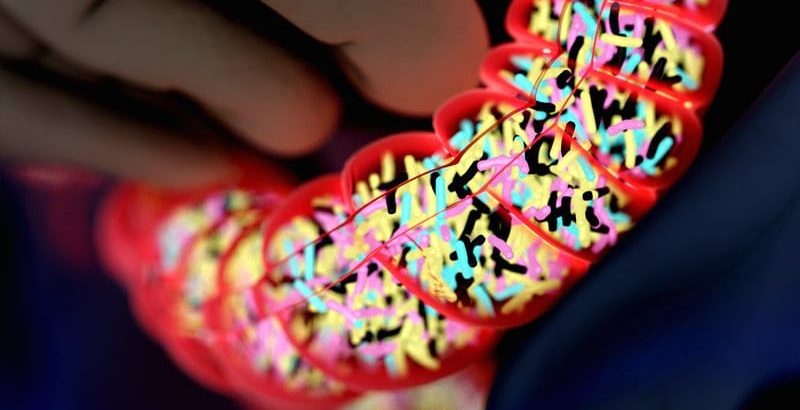 Another study has shown an association between antibiotic use and an increased risk for colon cancer.

In contrast, the risk for rectal cancer was reduced by 4% with moderate use and 9% with very high use, but this association that was confined to women.

The study, led by Sophia Harlid, PhD, Department of Radiation Sciences, Oncology, Umeå University, Umeå, Sweden, was published online on September 1 in the Journal of the National Cancer Institute.

The results complement findings from a recent study from Scotland, which found that a history of antibiotic use among individuals younger than 50 appeared to increase the risk of developing colon cancer but not rectal cancer by 49%.

The new data from Sweden “strengthen prior evidence and provide new insights into site-specific carcinogenesis as well as indirect support for the role of gut microbiota,” lead author Harlid commented to Medscape Medical News.

“The positive associations between antibiotics use and proximal colon cancer began at the lowest level of antibiotics use, providing a potential justification for reducing antibiotics prescriptions in clinical practice,” she added.

In their article, the team suggests that the increased risk could be a result of antibiotics having a “disruptive effect” on the gut microbiome.

This results “in higher bacterial activity, biofilm formation, and fermentation in the proximal compared with the distal colon and rectum.”

A further analysis showed that the use of quinolones and sulfonamides and/or trimethoprims was associated with an increased risk for proximal colon cancer, whereas use of nitrofurantoins, macrolides and/or lincosamides, and metronidazoles and/or tinidazoles was inversely associated with rectal cancer.

Details of the Study Findings

For their study, the team analyzed complete-population data from Swedish national registers for the period July 1, 2005, to December 31, 2016.

They matched case patients who were diagnosed with colorectal cancer from January 1, 2010, to December 31, 2016, with cancer-free control persons in a 1:5 ratio. Data on antibiotic use were extracted from the Swedish Prescribed Drug Register.

Other variables, such as socioeconomic factors and healthcare utilization, were obtained from the Swedish Inpatient Register and the Longitudinal Integration Database for Health Insurance and Labor Market Studies.

The team identified 40,545 patients with colorectal cancer cases; there were 202,720 control persons. Just over half (52.9%) of the participants were men; the mean age at cancer diagnosis was 72 years. Among the cases, 36.4% were proximal colon cancers, 29.3% were distal colon cancers, and 33.0% rectal cancers.

Overall, antibiotic use was positively associated with colorectal cancer. In comparison with no use, the odds ratio for moderate use was 1.15; for very high use, it was 1.17 (P < .001 for trend).

Excluding all antibiotic use during the 2 years prior to a colorectal cancer diagnosis attenuated the association, such that it was no longer significant for very high use vs no antibiotic use.

Applying this cutoff to the remaining analyses, the team found that the dose-response relationship between antibiotic use and colorectal cancer was largely confined to proximal colon cancer, at an odds ratio of 1.09 for moderate use and 1.17 for very high use in comparison with no use (P < .001 for trend).

For distal colon cancer, the relationship was “close to null.”

There was a slight inverse relationship between rectal cancer and antibiotic use, at an odds rate of 0.96 for moderate use and 0.91 for very high use vs no use (P < .001 for trend). This association was found in women only, whereas the other associations were seen in both men and women.

The study was supported by the Lion’s Cancer Research Foundation, Umeå University, and Region Västerbotten. Harlid has disclosed no relevant financial relationships. Three co-authors report various relationships with industry, as noted in the original article.