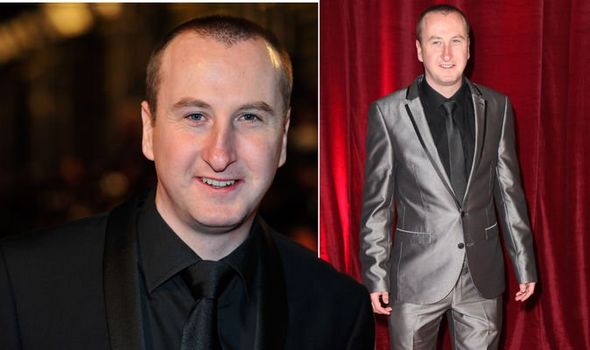 Andy Whyment is best known for playing the hapless but loveable Kirk Sutherland in Coronation Street and the star recently showed another side to his personality, coming runner-up as a contestant on ITV’s I’m A Celebrity…Get Me Out Of Here. While in the jungle, his mum shared a previously undisclosed detail about the actor’s health, a past condition that threw his life into uncertainty.

Speaking to the Mirror.co.uk, Andy’s mum revealed the actor has two star-shaped scars on his chest from having surgery for a collapsed lung, which happened shortly after birth.

She said: “He had problems at birth and had to have two tubes put in his chest whilst on a ventilator.

“They left scars in the shape of two stars. Fred [his dad] said he was going to be a star.

“We were advised to get a priest, but he fought. We knew then he was here for a purpose. He was in the special care unit for six weeks.”

Commenting on his condition, Andy said: “They read me the last rites. They didn’t think I was going to live. If I’d been born ten years earlier I wouldn’t have stood a chance because they wouldn’t have had the medical equipment.”

What is a collapsed lung?

According to the British Lung Foundation (BLF), a collapsed lung, also known as a pneumothora, is when air gets into the space between the outside of your lung and the inside of your chest wall, your ribcage.

“A pneumothorax can be small and get better with time. Or, it can be large and require urgent treatment. This depends on how much air gets trapped in the chest and if you have an existing lung condition,” explained the health body.

If your lung collapses, you may experience sudden and acute symptoms, which include:

As Mayo Clinic points out, these symptoms can be caused by a variety of health problems, and some can be life-threatening, so seek medical attention.

What are the causes of a collapsed lung?

According to the BLF, primary spontaneous pneumothorax occurs due to a small tear on the outer part of the lung and it’s not always clear why this happens but is probably due to an area of weakness when the lung is developing, like a small blister.

“Air escapes from the lung but gets trapped between the lung and the chest wall,” explained the health site. 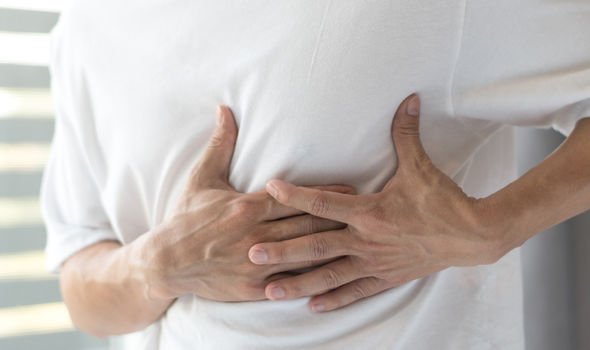 Secondary spontaneous pneumothorax develops in someone who has an existing lung condition, usually chronic obstructive pulmonary disease (COPD) – a group of lung conditions that make it difficult to empty air out of the lungs because the airways have become narrowed, explained the BLF.

Other lung conditions that may do this are:

“Pneumothorax can be caused by a chest injury, such as a car crash or it can happen by accident during a medical procedure, when a needle is inserted into the chest,” added the BLF. 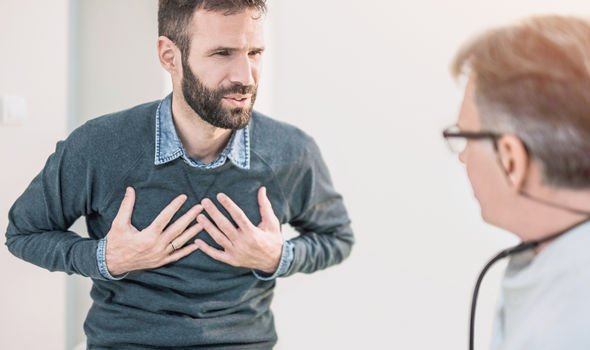 According to Mayo Clinic, men are far more likely to have a pneumothorax than are women.

“The type of pneumothorax caused by ruptured air blisters is most likely to occur in people between 20 and 40 years old, especially if the person is very tall and underweight,” explained the health site.

In fact, many people who have had one pneumothorax can have another, typically within one to two years of the first, added the health body.