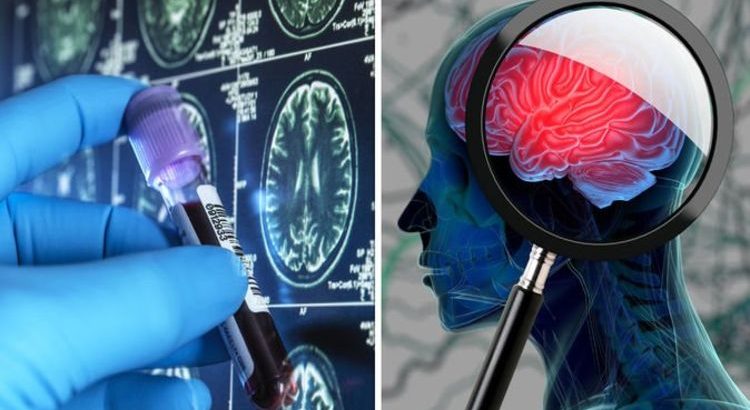 The controversial drug has been the cause of several adverse events, the latest of which occurred in late September, according to the FDA. A 75-year-old woman in Canada died after receiving infusions of the drug as part of its clinical trials, according to reports. Biogen responded responded to the report saying the causes of death remain unknown. But recent findings published in JAMA neurology show 41 percent of patients receiving a recommended dose of the drug experienced either swelling or bleeding in the brain.

Brain swelling and bleeding are both recognised as possible side effects of Aduhelm, which was approved in June by the FDA.

The monoclonal antibody is administered as a monthly infusion and carries a label warning about these side effects, scientifically known as amyloid-related imaging abnormalities.

The drug’s approval was notably controversial too, because it went ahead despite a score of specialists and senior FDA officials pointing out that it was unclear whether Aduhelm would benefit patients.

READ MORE: Dementia: One drink may age the brain by ‘11 years’ when consumed more than twice daily

Last week, a biotech analyst with a medical degree, obtained the case report of the Canadian deceased after putting through a public records request.

The RBC analyst, Brian Abraham, cited the finding in a letter to clients.

In it, he concluded that the cause of death was brain swelling, adding that it “is likely to have been caused by aducanumab.”

Biogen responded to the report, saying: “The cause of death is unknown at this time.

“We know the 75-year-old clinical trial patient was admitted to the hospital with a seizure and diagnosed with brain swelling.

“Following a prolonged hospitalisation, the patient was being prepared for discharge when she deteriorated and was transferred to another facility.

“We have requested missing information including brain imaging, from the critical last nine days of hospitalisation.”

In a recent study by JAMA Neurology, researchers found that 362 of 1,209 patients who received an approved dose of the drug experienced brain swelling.

The side effect showed up in brain imagining of people during two clinical trials of the drug.

Results revealed a total of 41 percent of patients had either brain swelling or bleeding, or both.

Of those cases, 14 percent were deemed serious enough to warrant hospitalisation.

Most of those affected by the swelling did not report any symptoms, but among those who did, headache, confusion and dizziness were commonly experienced.

The study is one of the first formal publications of safety data to stem from the two final-stage trials of Aduhelm.

It comes as the European Medicines Agency committee has voted against approving Aduehlm as a treatment for Alzheimer’s disease in the UK.

But Biogen says it will continue to work with the committee towards making the drug available to patients in Europe.

Priya Singhal, MD, head of global safety and regulatory sciences, and interim head of research and development at Biogen, said in a press release: “While we are disappointed with the trend vote, we strongly believe in the strength of our data and that aducanumab has the potential to make a positive and meaningful difference for people and families affected by Alzheimer’s disease.”