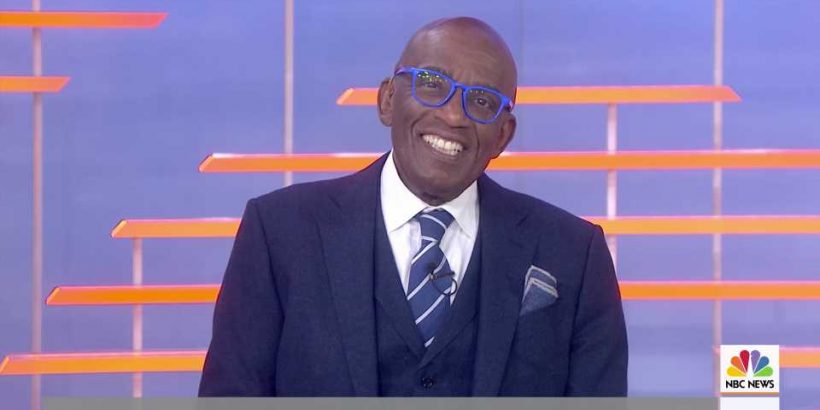 Al Roker is back on the Today show set, two weeks after undergoing a five-hour surgery for prostate cancer.

On Monday, the TV weatherperson, 66, returned to Studio 1A at 30 Rockefeller Plaza in New York City to deliver the forecast during the NBC morning news show and offered a health update as he caught up with his co-hosts, including Savannah Guthrie, Hoda Kotb, Carson Daly and Craig Melvin.

"Great medical care and the love of friends and family — it goes a long way," said Roker early in the show, as Guthrie and Kotb agreed he was looking well. "Actually I was hoping I looked a little better," he replied.

Later in the broadcast, Guthrie rejoiced that "we're all together" again on the socially distanced Today set. "And we can be happy because our Al has returned to studio 1A. … It was two weeks ago you had surgery for prostate cancer and look at you now!" she added.

Roker thanked everyone for the support and said that he feels "good," adding with a laugh: "Let me tell you, after that first week you can get that catheter out. I'm feeling good!"

The TV personality then said that he's been "trying to exercise" — revealing that he is doing one routine that made his co-hosts laugh and blush.

"I've got something that I share with Deborah and all of you ladies who have children: I'm Kegel-ing right now," Roker said mentioning his wife, Deborah Roberts, as Kotb replied, "Nobody wants to know about that!"

Last Tuesday, Roker appeared virtually from home on the morning show for the first time since revealing his cancer diagnosis on the Nov. 6 broadcast, updating fans that he's "doing great."

"I'm doing great, but better for seeing you two, let me tell you, and to be with you. It really is special," said Roker. "And walking around, the number of people just giving me a thumbs up, 'Way to go,' and 'Hope you're doing well' has meant all the world to me. I just went to the doctor's yesterday and I got some good news."

Roker had a five-hour surgery to remove his prostate and several lymph-nodes. "I'm told it went well," he said. Doctors said he has no evidence of cancer now but will continue to be monitored in the coming years.

"The outpouring of love and support that I have received from all of you, including the prayers, have been truly heartening. And this Thanksgiving, I'm truly thankful for all of you," he added.

Roker said last week that he feels better after the surgery but still has some swelling, joking that he feels like the Michelin Man at the moment. "I didn't feel like I had major surgery, but I have this swelling around my stomach so clothes don't fit quite right now and I'm very vain," he said, as Guthrie jested, "It means you can have sweatpants!" Roker replied, "They're back."

He later added that he learned of his optimistic prognosis from the doctors with his wife and 18-year-old son Nicholas by his side.

"It was a great relief," Roker said. "Look, we're not out of the woods … but for a first start, this is terrific news. I'm gonna be up for, as a lot of people who live with cancer, up for lifelong testing to make sure this doesn't come back."