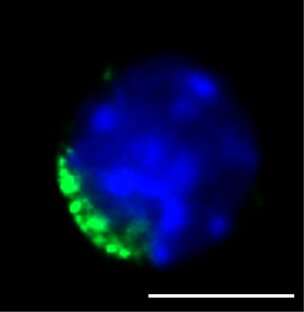 When leukemia strikes an older person, it is in part due to the aging of his or her hematopoietic stem cells (HSCs). These immature cells can develop into all types of blood cells, including white blood cells, red blood cells and platelets. As such, researchers have focused on rejuvenating HSCs as a way to treat leukemia.

A new study released today in Stem Cells adds much to that level of knowledge by showing that the youthful function of rejuvenated HSCs upon transplantation depends in part on a young bone marrow “niche,” which is the microenvironment surrounding stem cells that interacts with them to regulate their fate.

“The information revealed by our study tells us that the influence of this niche needs to be considered in approaches to rejuvenate old HSCs for treating aging-associated leukemia or immune remodeling,” said Hartmut Geiger, Ph.D. He was senior author of the study, conducted by researchers at Ulm University (Germany) and Cincinnati Children’s Hospital Medical Center, Cincinnati, Ohio.

Old HSCs exhibit a reduced reconstitution potential and other negative aspects such as altered gene expression profiles and an increase in apolar distribution of proteins. (Polarity is believed to be particularly important to fate decisions on stem cell division and for maintaining an HSC’s interaction with its niche. Consequently, a failure to establish or regulate stem cell polarity might result in disease or tissue deterioration.) Aging of HSCs might even affect lifespan. 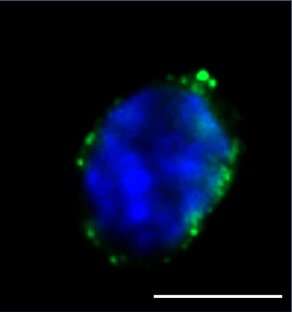 Researchers already knew that increased activity of a protein called Cdc42, which controls cell division, leads to HSC aging, and that when old HSCs are treated ex vivo with CASIN, an inhibitor of Cdc42 activity, they stay rejuvenated upon transplantation into young recipients. The aim of this latest study was to learn what happens to these rejuvenated HSCs when they are transplanted into an aged niche.

To find out, Dr. Geiger and his team transplanted rejuvenated aged HSCs into three groups of mice: young (8 to 10 weeks old), old (19 to 24 months old) and young cytokine osteopontin (OPN) knockout mice (8 to 12 weeks old). The team had recently demonstrated that a decrease in the level of secreted OPN in the aged bone marrow niche confers hallmarks of aging on young HSCs, and also that secreted OPN regulates HSC polarity. Old HSC and rejuvenated old HSCs were therefore transplanted into the OPN knockout recipients to test whether a lack of this protein in the niche affects the function of old rejuvenated HSCs.

The results were then analyzed for up to 23 weeks after transplantation.