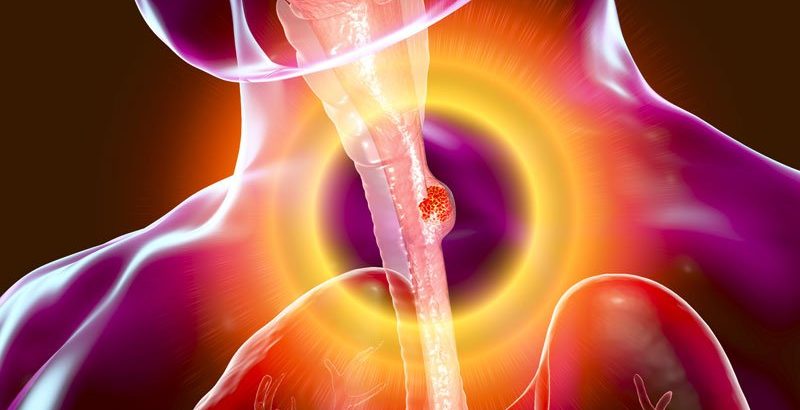 Neoadjuvant chemoradiation plus esophagectomy can be performed safely in well-selected older patients with locally advanced esophageal or esophagogastric junction cancer, according to a review of 282 patients treated from 2004 through 2019 at Ochsner Medical Center, New Orleans.

Although guidelines recommend curative-intent neoadjuvant chemoradiation (NACR) followed by surgical resection, it’s been demonstrated in several studies that “older patients with potentially curable stage II and III disease are often not considered” for the approach out of concern that they will not tolerate it, said investigators led by W. Peter Sawyer, MD, a surgery resident at Ochsner.

Outcomes, however, were comparable in the study when 188 patients aged younger than 70 years were compared with 94 patients aged 70 years or older, including 4 who were over 80 years old. “Patients 70 years and older should be evaluated for optimal curative therapy including neoadjuvant chemoradiotherapy and surgical resection,” the investigators concluded.

The patients had NACR followed by esophagectomy mostly for stage 2 disease. The average age was 59 years in the younger group and 74 years in the older group.

Older patients had a higher prevalence of cardiac, vascular, and pulmonary comorbidities and were more likely to have postoperative atrial arrhythmia and urinary retention.

However, there were no statistically significant differences in hospital length of stay (about 10 days in both groups), operative mortality (4.3% in the older group versus 3.8% in the younger group), or the incidence of postoperative grade 3 or higher complications (27.7% older versus 38.3% younger). Age-adjusted survival was 44.8% at 5 years among patients 70 years and older versus 39% among younger patients.

“Age itself doesn’t represent a contraindication to aggressive treatment. It is the patient’s comorbidities and functional status which are more important to predict the risk of complications after esophagectomy,” said Daniela Molena, MD, director of the esophageal surgery program at Memorial Sloan Kettering Cancer Center, New York, when asked for a comment.

The Ochsner team is one of several in recent years that have pushed back on age limits for aggressive esophageal cancer treatment.

A British team, for example, reviewed 992 transthoracic esophagectomies, including 330 in patients 70 years or older, and found lower in-hospital mortality and pulmonary and cardiac morbidity for older patients than previously reported.

They concluded that “age should not be a discriminating factor when determining the treatment strategy for patients presenting with curative esophageal cancer.”

Even so, undertreatment remains “a big problem for elderly patients, and since the median age at diagnoses is 68 years, this is a problem for a large portion of patients with esophageal cancer,” Molena said.

“Patients can be cured of this disease” with aggressive treatment, but “unfortunately, patients often are not evaluated by a surgeon or referred to a high-volume center and are discouraged from undergoing surgery after an apparent good response to chemoradiation,” partly because esophagectomy has “unfairly gained a bad reputation over the years,” she said.

“There are clear data that outcomes of esophagectomy are very good at high volume centers with minimally invasive techniques and the ability to promptly identify and treat complications,” Molena said.

Overall, 52% of patients aged 70 years or older with stage II and III disease underwent NACR plus surgery at Ochsner, suggesting that “optimal, curative intent triple modality therapy [chemo, radiation, and esophagectomy] can be used successfully in a sizable segment of the elderly population,” the investigators said.

Treatment has changed significantly at Ochsner since the start of the review period in 2004, including a shift away from a fluorouracil and cisplatin doublet in favor of carboplatin and paclitaxel, which is less toxic, and greater use of minimally invasive surgery. The proportion of people 70 years or older undergoing triple modality treatment has been steadily increasing.

There was no outside funding. Investigator disclosures weren’t reported. Molena had no relevant disclosures.