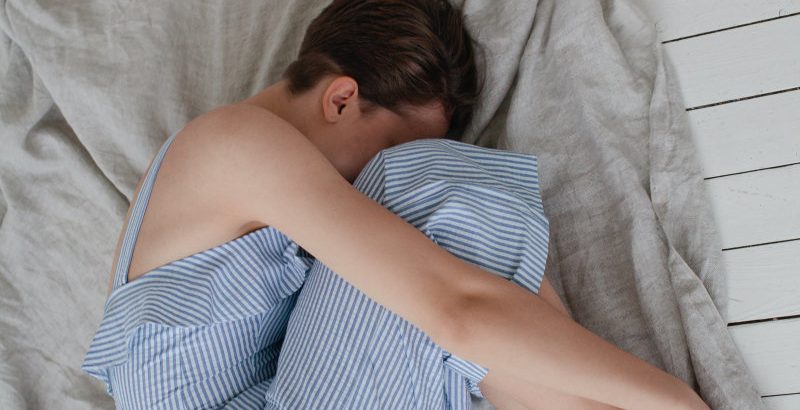 I remember so clearly the day it all began: November 17, 2009. I sat in an emergency department coiled over myself in pain, wondering what on earth could have happened to me. I didn’t realise, then, how many more times I would have to do this.

The doctors were confused. They couldn’t explain the vomiting. My urine sample showed an abnormally high white blood cell count and I had a fever but it didn’t seem like an infection. I saw three different doctors that night, each with a furrowed brow and a barely veiled air of impatience. 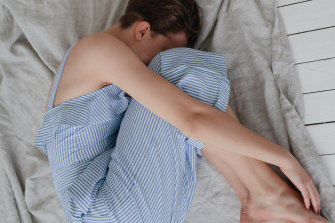 I felt frightened that they didn’t know what was wrong with me. I felt exhausted from the fear and morphine. I felt guilty that I was making the doctors work so hard.

By the early hours of that morning, unable to find a more suitable explanation, the doctors decided to treat me for a urinary tract infection. They filled my body with intravenous antibiotics; the sound of the drip mesmerised my addled mind.

But the pain didn’t go away. Each time, I would sit for hours on the green chairs of the waiting room, in between being carted to ultrasounds and doctors’ rooms and blood tests. They would each present something slightly worrying – inflammation in my blood, strange movements on my ultrasound – but nothing conclusive. So they would treat me, again, for a UTI or a pelvic infection and send me on my way. I got the sense that they were glad to see the back of me.

On one of those nights in emergency, the pain was so severe that I could barely breathe or speak. I briefly lost consciousness on the sticky green chairs. The doctors thought I might have appendicitis. I didn’t.

After this admission, I was encouraged to see a gynaecological specialist. I complied. I made an appointment with a woman whose name escapes me now, and whose face I can barely remember.

In fact, I remember almost nothing about that appointment except the alarm in the woman’s voice when I explained my symptoms to her. I told her I was in pain almost all the time. I estimated it was about an eight out of 10. I explained that no, it didn’t come in waves. It was constant.

I told her it was very sharp for most of the day, like daggers. I told her that it sometimes dulled and felt more like period pain or the muscular pain I remembered from my days as a gymnast. In those moments, I said, it was probably only a six out of 10.

Still, she was alarmed. She said I needed a laparoscopy to find out what was going on. I told her I was too busy. She said it was urgent.

She handed me a letter addressed to the triage department of the ER, instructing them to admit me immediately and prepare me for surgery. I told her I didn’t want to. She told me I could be in real danger.

The surgery found nothing. They checked for ovarian cysts, but I had none. They checked my appendix, but it was fine. The gynaecological surgeon was impatient with me. “I see so many young women who overstate their symptoms and won’t accept it when they find they are perfectly healthy,” he said.

But my body was full of anaesthetic; the nausea from it so strong I was sure I would vomit if I opened my mouth. I wanted to stand up for myself, but I was too sick. Too tired. I fell asleep, feeling angry and confused, and dreamed about being eaten by human-sized cockroaches.

I had my first internal ultrasound when I was 19. When the young male doctor explained how it would work, and the fear of penetration danced across my face, he paused, and then said softly, “I have never understood why young women feel so uncomfortable about these ultrasounds but are happy to have sex with multiple men in their spare time.”

By then it was 2010. I saw so many specialists and doctors and surgeons, I stopped trying to remember their names or faces. I perfected my story. I learnt that each pause I allowed between question and answer made me an increasingly untrustworthy witness.

I learnt the true meaning of statements like “that all sounds very strange” and “I’m surprised you manage to make it to work if the pain is that bad” and “why don’t you calm down and start from the beginning?”

Again and again, doctors asked me if I was feeling stressed, or anxious, or depressed, or panicked. I realise now that they were suggesting these things were the cause of my pain, but at the time the question felt insultingly obvious. Of course I feel stressed, I wanted to yell at them, my body is tearing itself apart and no one can tell me why.

After months of this, I remember sitting in an indistinguishable specialist’s office and being told I needed to go to a “pain clinic”. The pain clinic was all white walls, sterile smells and bearded male psychiatrists.

In my first appointment, I started the story I had rehearsed. My symptoms, my history, my surgeries. One psychiatrist explained that “young women” were often referred to pain clinics when doctors decided their conditions were “psychosomatic”.

I had never heard that word before but I got his message loud and clear: I had spent months trying to convince doctor after doctor that I was losing my body; they all thought I was losing my mind.

Realising that everyone around me thought my problem was psychological was the hardest part of all. Another psychiatrist at the clinic explained to me that some mental conditions were so powerful that they could begin to control the body, to manifest themselves in increasingly physical ways.

I did not doubt that it was true, but I didn’t believe it was true for me. My problem was not that I could use my mind to control my body. It was that, for the first time in my life, I couldn’t.

Years later, a surgeon friend of mine would tell me that many doctors don’t take female pain particularly seriously. At the time, I wasn’t sure if I believed him. Could that be true?

But now I know that the truth is this: studies have consistently found that doctors working in emergency rooms take women less seriously than men. Women who present to an emergency department with acute pain are less likely to be given effective painkillers than men reporting the same amount of pain. Even when women are prescribed pain relief by emergency doctors, they wait longer to receive it.

When doctors do consider that a woman’s ailment may be a physical one, they are often presumed to be suffering from a gynaecological problem, which is less likely to be treated with pain relief, according to a study by Esther Chen, an emergency medicine doctor at Zuckerburg San Francisco General Hospital. I’d be willing to bet this is compounded by the profoundly inaccurate but deeply held belief that women should be blamed for any irregularities in their sexual health.

But, far too often, doctors never get past the point of presuming there is a psychological problem with the woman before them. So they refer her to a counsellor and send her home, still in pain, still potentially in danger, still completely unaware of what is wrong with her, and having just been told she’s imagining things again.

A few days before Christmas 2010, I lay in a hospital bed after another emergency-room visit and another surgical procedure. I felt exhausted.

A gynaecological surgeon came to my bedside and told me he thought he knew what was wrong with me. He explained that he thought I had a gynaecological condition that had affected my uterus, my ovaries, my bladder and possibly other organs, too. It was called endometriosis, he said.

Even after months of exploration into every crevice of my body and my personal history, I had never even heard the word before. I didn’t understand what he was saying, but he seemed so sure of it. I felt comfortable in his presence.

He explained that endometriosis was a disease of the tissue in the uterus. In women who have the condition, the tissue grows outside the uterus, in all sorts of unsuitable places. The tissue – called endometrial cells – can grow on various abdominal organs: the bladder, the bowel, the ovaries, the kidneys.

The abnormal cells spread, and can grow so much that they overrun these organs like a cancerous carpet. If it is particularly aggressive, the tissue can reach such a critical mass that it stops the organs from moving around in the body, trapping them and suffocating them until they can barely function.

I wouldn’t learn this until years later, speaking to a doctor after an internal ultrasound – to which I was very accustomed by that stage – who told me my endometriosis was so bad that it had brought my whole abdominal infrastructure to a standstill.

The endometriosis, my surgeon explained, could be so damaging that it could cause problems in other organs, too. Kidney, bladder, bowel: the endometriosis would destroy their functionality as it grew and spread. And, he told me, it could be very painful.

He did the surgery and found a great deal of endometriosis, as well as a related inflammatory bladder condition.

Sitting in his cosy surgical office, he showed me images of my organs from the surgery. It looked like an abandoned battleground: everything torn apart, shredded, bloody. Broken.

He paused and let me process the images. He watched my face as it moved from shock, to fear, to relief.

“You didn’t make this up,” he said. “I’m not surprised you’ve been in so much pain.”

This article appears in Sunday Life magazine within the Sun-Herald and the Sunday Age on sale March 15.