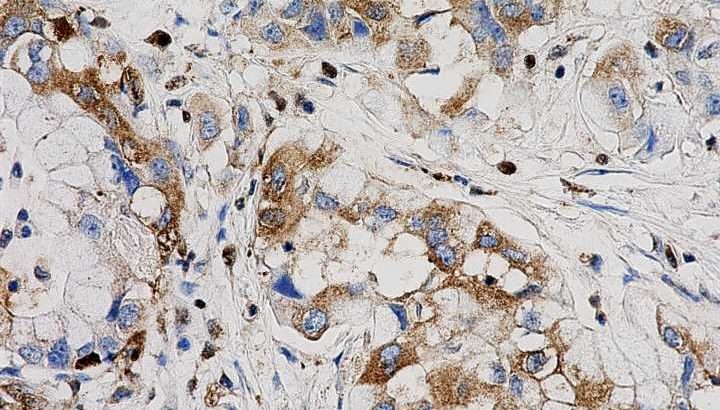 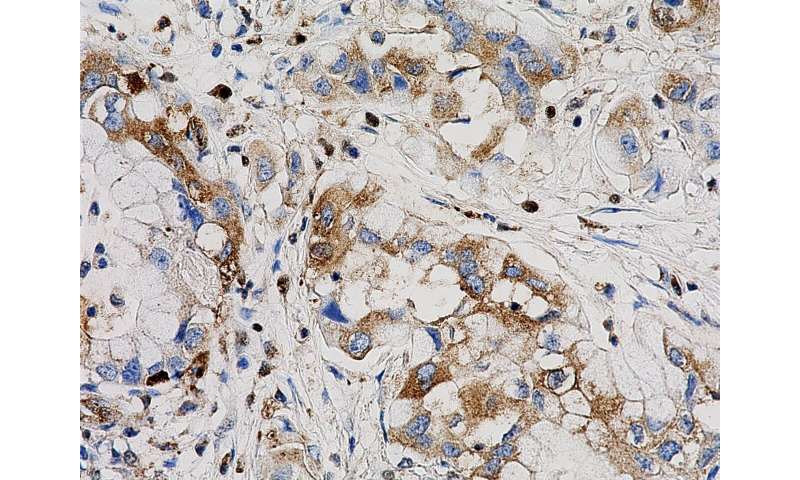 Activating the G protein-coupled estrogen receptor (GPER)—a receptor found on the surface of many normal and cancer tissues—has been shown to stop pancreatic cancer from growing, but may also make tumors more visible to the immune system and thus more susceptible to modern immunotherapy. Researchers at the Perelman School of Medicine at the University of Pennsylvania and Penn’s Abramson Cancer Center observed the effects of GPER activation in human and mouse pancreatic cancer models and published their findings in Cellular and Molecular Gastroenterology and Hepatology today.

For most cancer types, including pancreas, women generally have better outcomes than men. Although the reasons for this are only now emerging, researchers have known for decades that there is a link between the body’s sex hormones and some types of cancer, especially those arising in reproductive tissues such as breast and prostate. However, the idea that cancers in non-reproductive tissues might also be influenced by sex steroid hormones has only recently been considered.

Building on their research showing the anti-cancer activity of GPER in melanoma models, Todd W. Ridky, MD, Ph.D., an assistant professor of Dermatology at Penn and the study’s senior author, and his lab, examined whether GPER activators may also inhibit other cancer types.

“We know that activating GPER in melanoma models stops the growth of cancer cells and make the tumors themselves more immunogenic, so we wanted to find out what would happen if we selectively activated GPER other tumor types. In this study we examined several pancreatic cancer models and found that synthetic small molecule GPER activators potently inhibited pancreatic cancer cells, and simultaneously rendered the tumor cells more sensitive to other anti-cancer therapies,” Ridky said.

For this study, the Ridky lab worked with the Penn Pancreatic Cancer Research Center (PCRC), directed by study co-author Ben Z. Stanger, MD, Ph.D., the Hanna Wise Professor in Cancer Research. Using new PCRC mouse pancreatic cancer models, the multidisciplinary team was able to show GPER’s impact on pancreatic cancer growth. In some models, GPER activation inhibited growth and made tumors more sensitive to anti-PD-1 immunotherapy, pointing to the translational potential of improving the efficacy of existing treatments in a cancer type where PD-1 inhibitors have not historically been very effective.

The use of GPER activators is a novel idea in cancer therapy, and has a key difference from most anti-cancer agents. Nearly all current cancer drugs act to block the activity of cellular proteins that are needed by not only the cancer cells, but also by normal cells. As a result, most cancer drugs are associated with major toxicity. In contrast, the estrogenic analog used in the Penn study activates GPER. This approach mirrors something that naturally occurs in the body, as GPER is already present and normally activated by estrogen, especially in females during pregnancy.

“Likely because this is something the human body is already accustomed to, evidence from preclinical animal studies suggested that side effects to this approach would likely be minimal when this moves into the clinic,” said the study’s first author Christopher Natale, Ph.D., Ridky’s former graduate student.