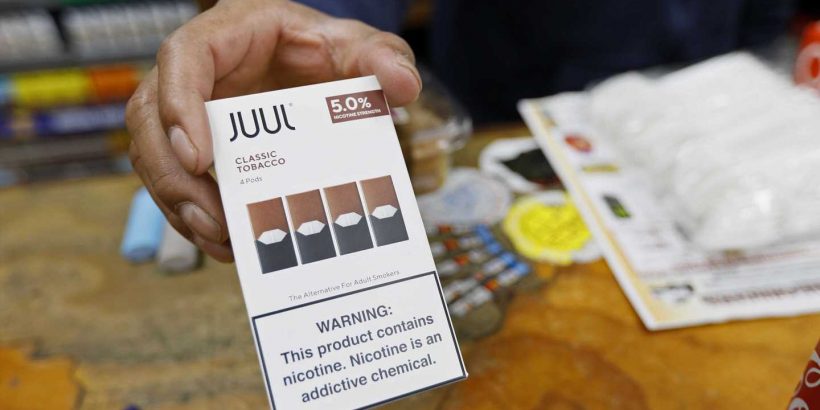 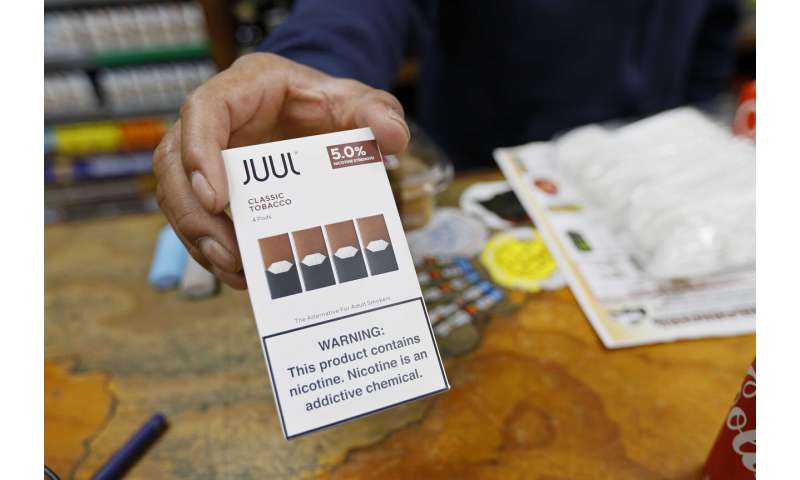 A coalition of 39 states will look into the marketing and sales of vaping products by Juul Labs, including whether the company targeted youths and made misleading claims about nicotine content in its devices, officials announced Tuesday.

Attorneys general from Connecticut, Florida, Nevada, Oregon and Texas said they will lead the multi-state investigation into San Francisco-based Juul, which also is facing lawsuits by teenagers and others who say they became addicted to the company’s vaping products.

The state officials said they also will investigate the company’s claims about the risk, safety and effectiveness of its vaping products as smoking cessation devices.

“I will not prejudge where this investigation will lead,” Connecticut Attorney General William Tong said in a statement, “but we will follow every fact and are prepared to take strong action in conjunction with states across the nation to protect public health.”

Juul released a statement saying it has halted television, print and digital advertising and eliminated most flavors in response to concerns by government officials and others.

“We will continue to reset the vapor category in the U.S. and seek to earn the trust of society by working cooperatively with attorneys general, regulators, public health officials, and other stakeholders to combat underage use and transition adult smokers from combustible cigarettes,” the statement said.

“I cannot sit on the sidelines while this public health epidemic grows, and our next generation becomes addicted to nicotine,” Moody said.

Nevada Attorney General Aaron Ford added, “Preying on children and those looking for help to quit smoking is the one of the most despicable examples of risking people’s lives for corporate profit.”

The scope of the investigation by dozens of states leaves Juul with little choice but to change its marketing practices, said James Tierney, a former attorney general of Maine.

“When you see these kinds of numbers, it means they’re in a world of hurt,” said Tierney, a lecturer at Harvard Law School. “They can’t seriously litigate this.”

The brainchild of two Stanford University design students, Juul launched in 2015 and quickly rocketed to the top of the multibillion-dollar vaping market.

The company initially sold its high-nicotine pods in fruit and dessert flavors, including mango, mint and creme. The products have become a scourge in U.S. high schools, with one in four teenagers reportedly vaping in the past month, according to the latest federal figures. Juul is the most popular brand, preferred by 60% of high schoolers.

Juul’s meteoric rise has been followed by a hasty retreat in recent months amid a nationwide political backlash over vaping.

Although Juul remains the dominant player in the U.S. vaping market, the company has made several concessions, including halting its advertising and pulling all its flavors except menthol and tobacco from the market. The Food and Drug Administration recently put in place flavor restrictions designed to curb use of small, pod-based e-cigarettes like Juul.

The FDA and a congressional panel are investigating whether the company’s early marketing efforts—which included online influencers and product giveaways—deliberately targeted minors.

Nine attorneys general previously announced lawsuits against the company, most alleging that the company adopted the playbook of Big Tobacco by luring teens with youth-oriented marketing while failing to stop underage sales.

Massachusetts’ Maura Healey sued the company this month, citing company records to allege that Juul bought advertisements on websites designed for teens and children, including Seventeen.com, Nickjr.com and Cartoonnetwork.com.

California sued Juul Labs in November, alleging the company deliberately marketed and sold its flavored nicotine products to teenagers by, among other things, using bright colors and youthful models to attract underage users and failing to adequately verify customers’ ages and identities on its website.

A spokeswoman for Tong said officials could not provide a complete list of the 39 states, saying some states are barred from disclosing investigations.

Other states investigating include Georgia, Kansas, Michigan, South Carolina, Tennessee and Virginia, according to official announcements.

Juul’s biggest investor is the tobacco giant Altria, maker of Marlboro cigarettes, which owns a one-third stake in the company. Since October, Altria has slashed the value of its Juul investment by more than $8.5 billion, citing the company’s mounting legal challenges.

Attorneys general have repeatedly banded together to force settlements with powerful industries.