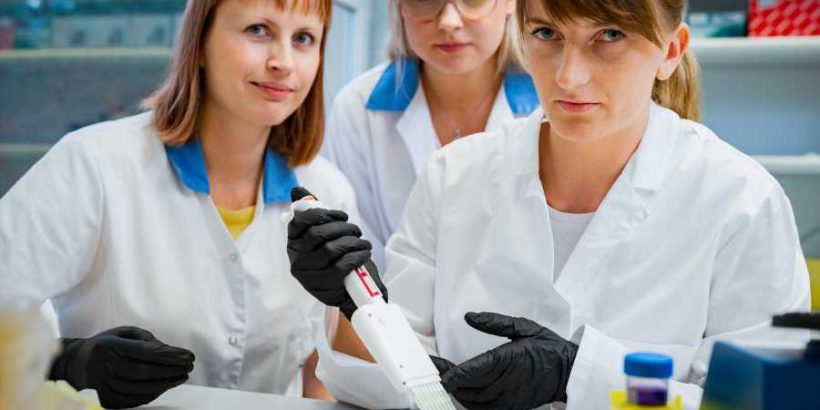 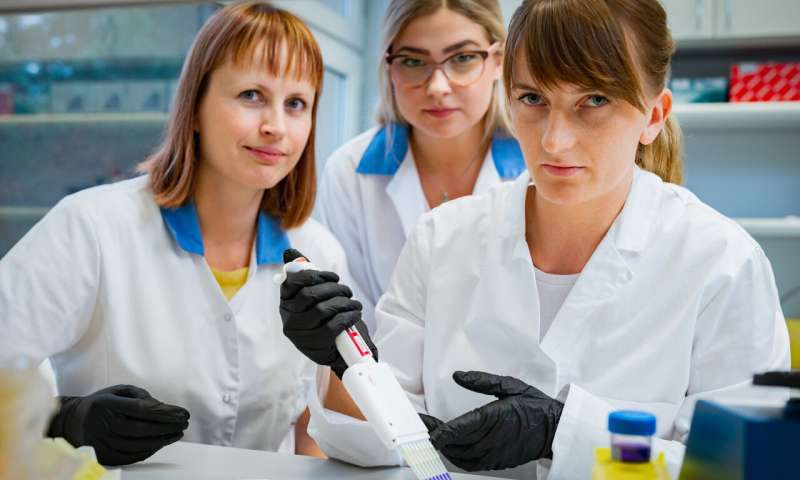 Over the last six years a group of Estonian geneticists led by Associate Professor Agne Velthut-Meikas and Ph.D. student Ilmatar Rooda from the TalTech Department of Chemistry and Biotechnology have studied genes previously associated primarily with female hormone synthesis and ovarian follicle development. The findings suggest that these genes may play a far more complex role in oocyte maturation than previously assumed.

For viable oocyte maturation and generation of new life, bidirectional communication, i.e. signaling, must take place between the cells in the ovary. Prior to ovulation, an oocyte resides in a follicle, which is a small fluid-filled sac that ruptures at ovulation, releasing the oocyte into the oviduct. For oocyte maturation and its release from the follicle, the oocyte as well as the follicle cells surrounding it, i.e. granulosa cells, must exchange signals with each other over a certain period of time. These granulosa cells also produce hormones that are essential for successful adherence of the embryo to the wall of the uterus and the survival of early pregnancy.

Associate Professor Velthut-Meikas says, “Among other things, the production and functioning of two proteins in ovarian granulosa cells is required. These important proteins are the follicle stimulating hormone receptor (FSHR) and aromatase.” FSHR receives the signal of a follicle-stimulation hormone from the pituitary gland, leading to the ovarian follicle growth and granulosa cell proliferation. Aromatase is the key enzyme responsible for biosynthesis of the steroid hormone estradiol (female sex hormone) in granulosa cells. Mutations or rearrangements in their genes or deviations in the production of these proteins cause infertility in women; because the ovary is not functioning, the oocytes are not maturing nor are they released from the ovary.

“Our study showed that these genes produce, in addition to the hitherto known proteins, small RNA molecules (microRNAs) also, which, by binding to their target genes, determine whether these target genes play their intended role in a cell. The microRNA targets we studied are responsible for processes crucial for female fertility—maintenance of the oocyte reserve, hormone production and ovulation,” Velthut-Meikas says.

Thus, in addition to the above-mentioned proteins, previously undescribed short microRNA molecules are synthesized from FSHR and aromatase genes. The targets of the microRNA derived from the FSHR gene play essential roles in the activation of ovarian follicle development and oocyte maturation. The targets of the microRNA derived from the aromatase gene are involved in activating changes in the ovarian tissue required for the ovulation process. Both microRNAs presumably regulate also the synthesis of steroid hormones in the ovary, which affect, in addition to the ovary, also the functioning of other tissues—the endometrium, adipose tissue, mammary glands, etc.

“The findings of the study provide new information on the ovarian function which is important for a more accurate diagnosis of the causes of female infertility and for the development of new treatment options. The new knowledge can be used in infertility clinics to improve ovarian stimulation procedures prior to in vitro fertilization, which would significantly improve the effectiveness of infertility treatment.”