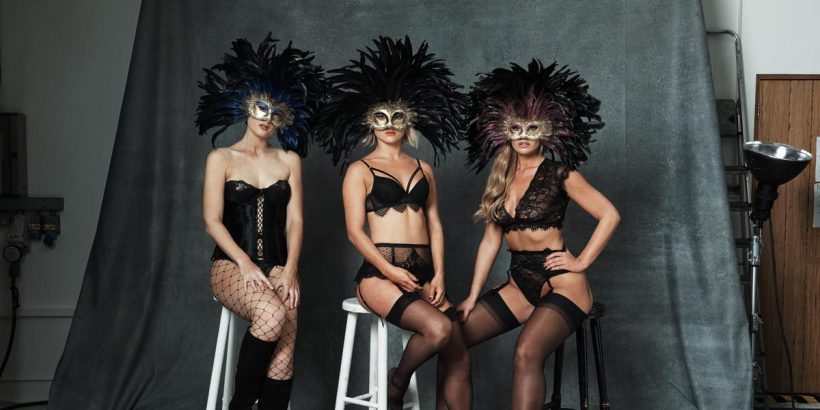 Killing Kittens — one of the world's most exclusive sex clubs — had to indefinitely cancel its renowned sex parties around the world and live sexual education panels in early March due to the coronavirus pandemic.

But founder and "sex entrepreneur" Emma Sayle told Insider she decided she would not succumb to the challenges created by lockdowns around the world, instead expanding her "decadent and hedonistic" business further online.

Rather than arriving at a typical venue for Killing Kittens' upscale parties, usually a mansion or a penthouse apartment, members will instead tune into "KK Your House Party" using the video chat service, Zoom.

Each performer is scheduled to perform during different slots of the two-hour party. Guests are expected to "dress to impress." All members attending will be told to wear masks to maintain their anonymity and add a dramatic flair to the evening. Members are invited to order Prosecco, and have lingerie and sex toys on-hand, to mimic the ambiance of a regular KK event.

In order to keep the atmosphere as smooth as possible, Sayle said, members will be able to see up to 55 other households on the screen at once, but everyone will be muted, only communicating through a written chatbox moderated by Killing Kittens employees.

Sayle said she decided to cap the amount at 55 screens in order to make it easier for site moderators to manage, and for participants to process visually.

Sayle told Insider all of the proceeds will be donated to the Trussell Trust, a food bank in the UK.

But Sayle is not concerned about how the technology would impact the thrill of "nakedness and shagging."

For Anthea, a member of Killing Kittens who is only using her first name to protect her privacy, the biggest appeal of the night is actually the idea of being watched, rather than stressing about how clear images of other people will be.

"We just need to test the technology on Friday and see how it goes," Sayle said. "If it works, we'll just do it as a regular thing weekly with different themes in different cities."

"The etiquette in the group chats is the same as in a party," Sayle said. "We already have that in operation, we have 'Community Kittens' in the chat groups so we'll have the same thing going on in the chat side of the Zoom."

"At the end of the day when it comes to anything to do with digital and videos and pictures, there's only so much people can do," Sayle said.

Some members aren't too concerned about the possibility of being filmed on Friday.

"I'm very much an exhibitionist, I'm very much a voyeur, it's all the things that sound fun to me," Anthea said. "I can't imagine how it's gonna go down with that many people on a Zoom call but I can't wait to find out."

Membership applications have increased this month: 'Kittens' say they find the intimacy supportive during quarantine

The club has seen an overall increase in new member applications and chat room activity since they cancelled all events in early March.

Sayle isn't surprised. People are more lonely now, she says. A sense of belonging might be exactly what people need to stay level-headed during a quarantine.

"At the core of KK — what's been the core of it since day one 15 years ago — has been the community and that community spirit and that sense of belonging," Sayle said. "In these chat rooms, there are a lot of singles saying 'this community is what's keeping me going.'"

That's the case for Anthea, a 46-year-old who has been a member of Killing Kittens since June 2019. The group is a support system for her, where she can chat with people online and through in-person events.

"We know each other in a very intimate way," Anthea said. "You can talk about the things you can't talk about on other platforms. I can't imagine going through this time in my life without this group."