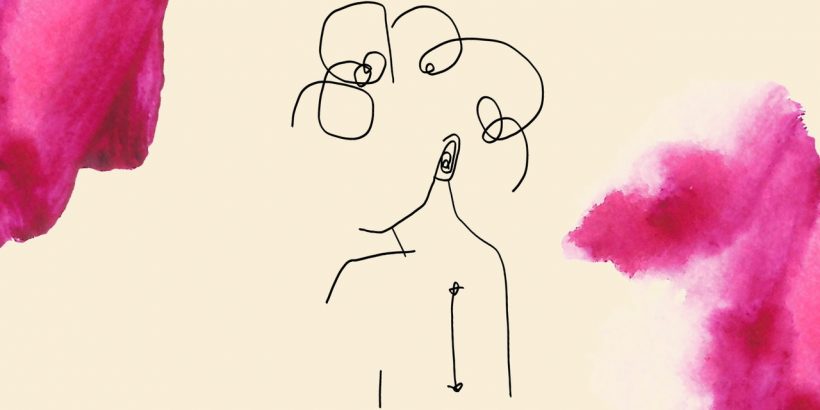 This story is part of Survivor's Guide, a series on navigating the impact of breast cancer through beauty and self-care.

Losing your hair is just one side effect of chemotherapy, but it's the most visible. In fact, "hair loss in breast cancer patients and survivors is considered one of the top side effects that affect a person's sense of well-being and quality of life," says Mario E. Lacouture, director of the oncodermatology program at Memorial Sloan Kettering Cancer Center (MSKCC) in New York City.

Of course, everyone's journey is different — and the doctors directly involved in your care know best. That said, if you're looking to offer support to a loved one undergoing treatment or are a patient yourself and aren't sure what to expect, let this guide serve as a starting point for learning more about hair loss caused by chemotherapy.

It happens fast. In the majority of people, chemotherapy results in almost complete hair loss within the first four to eight weeks of treatment, says Lacouture. Patients can also lose eyebrows and eyelashes. However, they usually fall out toward the end of chemotherapy.

According to Bernice Kwong, a clinical associate professional of dermatology at Stanford University, if a patient is experiencing hair loss, it's important to look at the whole picture. Hair loss can be caused by chemotherapy, yes, but it can also be a reflection of something nutritional like vitamin D deficiency, which can occur as the body adjusts to chemotherapy, as one such example.

Stress is another major factor. “Anytime [a patient's] body undergoes any sort of stress — surgery, anesthesia, starting a new medication, or even receiving their diagnosis — about three to six months later, [they] can experience shedding of the hair called telogen effluvium," says Kwong. "The body is really beautiful in that it can readjust, but it can be very frightening and confusing [to see sudden hair loss] a few months later."

Overall, "we like to look into all the different medical reasons that someone's body might be making them have hair loss because of the journey they just went through," concludes Kwong. So be sure to connect with a professional to help identify potential underlying causes of hair loss.

"Anything that we can do preventatively is so important because [hair loss] impacts someone on a daily basis," says Kwong.

One tool to consider is an FDA-approved scalp cooling cap, a device that can help reduce the loss of hair. Studies published in the Journal of the American Medical Association found that between 50 and 63 percent of patients with early-stage breast cancer undergoing chemo have found scalp-cooling devices to be a successful method for prevention, says Lacouture.

Though the process is simple, it has big benefits: While a patient receives chemotherapy, a helmet-like cap is worn on the head (15 minutes before and during, and 30 to 120 minutes after a treatment) with an internal system that circulates very cold liquid meant to shrink blood vessels on the scalp, Lacouture says. Cold allows cells to survive longer, making those that have been attacked by chemotherapy more likely to survive.

"Like every other treatment in medicine, it's not 100 percent [successful]," says Lacouture. "But even if it doesn't protect completely during chemo, [with the use of a cold cap] the likelihood of having persistent hair loss [following the course of treatment] is less." He also notes that the use of a cold cap during chemotherapy is typically not covered by insurance, but says that he and his team are advocating for it to be considered a "restorative procedure" similar to a breast reconstruction — and thus could hopefully be covered by most insurance providers.

"Hair is important for survival," says Lacouture. "It gives [patients] confidence." That said, those experiencing hair loss might consider wearing a wig during and after treatment.

Carolyn Keller, a two-time breast cancer survivor, founded EBeauty, a wig-exchange program. Through the nonprofit, refurbished wigs (including a variety of length, color, and texture options) can be requested online or via hospital partners. At the end of your journey, you can donate the wig back to EBeauty. "It’s a way to move on," says Keller. "When I gave up my wig, that was the moment I said, 'I'm finished. And I can help somebody else.'"

Hair typically starts to regrow within two to three months after your final chemotherapy treatment, according to Lacouture, who adds that you can expect about a half an inch of growth every month.

But it's important to note that in a subset of patients, the hair that grows back may not be quite the same as what you had before. It may be thinner in texture, or cover less of your scalp due to what Lacouture says is called "persistent chemotherapy-induced alopecia." (Lacouture is currently conducting a clinical trial at MSKCC to study chemotherapy-induced hair changes in breast cancer patients.)

For some, topical treatments (like 5 percent minoxidil, which promotes blood flow) can help speed up regrowth when applied to the scalp once or twice a day or taken orally. If your scalp is sensitive, consider products free of common irritants like alcohol and propylene glycol.

A version of this story originally appeared in the October 2020 issue of Allure. Learn how to subscribe here.