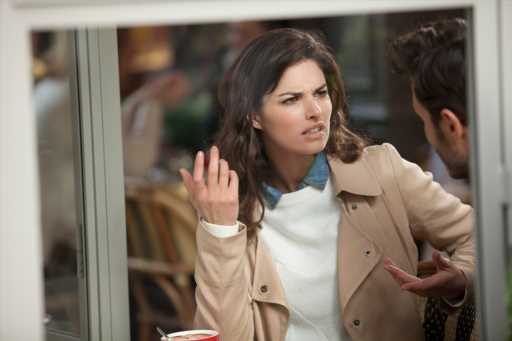 Reddit users have offered a united consensus to one disabled woman who was worried she may have crossed the line when she stood up to a friend who asked a few too many NSFW questions about her sex life.

The OP and her husband, an able-bodied man, have been together for over five years and have created a relationship that works well for the both of them. Nancy, the OP’s neighbor is well aware of their situation and has become someone the couple has really connected with.

“She was my first friend here and really helped me feel more at home in a foreign country,” the OP wrote. “We sometimes talk about how amazing my husband is as a partner and she knows the details of my medical diagnosis, but there has never been any red flags in regards to her talking about my disability. Since I’ve known her, she’s been in a string of bad relationships which I always comforted her through because I know dating nowadays can be emotionally taxing.”

But recently the OP and her husband agreed to go out with their neighbor and some friends, and were a few minutes late. So much so, that when they arrived, someone joked that they must have been late because they were having sex.

And to add to the discomfort, “Nancy said that can’t be true because how would we even have sex considering I’m disabled?”

There was an awkward silence and the OP’s husband told Nancy it was none of her business, and the conversation moved on.

The night should have been all uphill from there, but Nancy continued to drink more and more and things got tense. Per the OP: “Nancy got progressively more and more drunk throughout the night and ended up cornering me in the bathroom and badgering me about details on how I have sex. I was uncomfortable and told her so, and then she huffed and said it’s ridiculous how someone ‘like me’ ever managed to get with someone like my husband who is handsome and treats me like a queen while she, who is ‘normal,’ can’t find a man who wants to commit. She also suggested I can’t fulfill my husband’s ‘needs’ and that he must be feeling trapped and unsatisfied in our relationship. This made me angry so I told her it’s not my fault she’s still single and that maybe it’s her horrible personality that pushes men away and that no amount of ‘being normal’ can fix that.”

Following the tense conversation, the OP and her husband went home and haven’t spoken to Nancy since. Nancy had however, told all of their friends about the encounter and the majority of their friends are on the OP’s side, but two friends said it wasn’t very feminist of the OP to attach a woman’s value to keeping a man, and that she knew it was a sore spot for Nancy.

The overwhelming response from Reddit users was that the OP was clearly in the right, and Nancy needed to mind her own business.

One user wrote, “Whatever their relationship, it is clearly satisfying, since they seem very happy and secure. There is ableism, antifeminism, so much happening here, my head is spinning.”

Another wrote, “Nancy is the one who attached her value and yours to keeping a man. She implied you were better than her because you had a man and she didn’t. You didn’t do that, she did.”

Many commenters also noted that the two friends who disagreed with the OP’s comments towards Nancy failed to see that Nancy started the whole thing, and that she should have kept her mouth shut the entire time.  One user wrote, “Also the two other friends that disagree with you sound like the parodies of feminists that misogynists come up with. Ridiculous and unhinged. Attaching a woman’s value to her relationships ? Sorry but isn’t that what she did when questioning your abilities to ‘satisfy’ your partner ?? DISGUSTING.”

Other commenters were quick to note that Nancy made the first remark when she was sober and as the night continued, she brought it up again because she was “obsessed” with the thought. “Distance distance distance from Nancy. She has some deep insecurity to work through. She will put you down and discriminate against you until she finds someone.”

And many commenters even went as far as to suggest the OP should remove Nancy from her friend list. “Change the heading from ‘my friend’ to ‘my neighbor’ because that’s not a friend.”

Before you go, check out our favorite mental health apps for giving your brain some extra TLC: