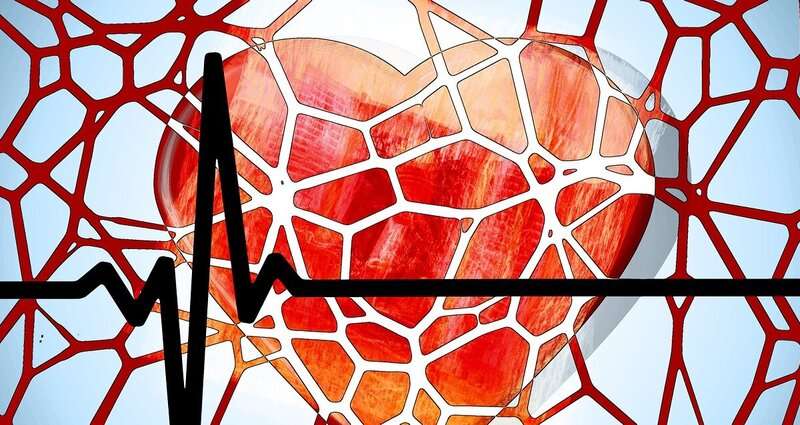 In a study with the longest follow-up to date of patients with a high-risk form of heart disease known as left main coronary artery disease (LMCAD), researchers found no significant differences in rates of death, heart attack or stroke between patients who were treated with a stent and those who underwent heart bypass surgery. The research, presented at the American College of Cardiology’s Annual Scientific Session Together with World Congress of Cardiology (ACC.20/WCC), also showed that more patients receiving a stent had to have the procedure repeated during the study period.

LMCAD is a condition in which the main coronary artery that supplies blood to the chambers on left side of the heart becomes blocked by a buildup of fatty deposits, or plaque. The left-side heart chambers push blood out to the body and are larger than the right-side chambers, which receive blood and send it to the lungs to be resupplied with oxygen. People with blockages in the arteries serving the left side of the heart are at higher risk for a heart attack or stroke than people with other forms of coronary artery disease.

Stenting, also known as coronary angioplasty or percutaneous coronary intervention, involves threading a flexible tube (catheter) through an artery. A tiny balloon at the tip of the catheter is inflated to unblock the artery and a stent, a tiny mesh tube that, in this study, was coated with medication, is inserted to prop it open. The procedure is done under local anesthesia and has a shorter recovery time than bypass surgery (also known as coronary artery bypass graft or CABG). Surgery, however, is considered a more durable procedure and has been regarded as the standard of care for patients with LMCAD, according to researchers.

“Our findings support the long-term safety and efficacy of stenting compared with bypass surgery after more than 10 years of follow-up in a patient population with a poor outlook,” said Duk-Woo Park, MD, of Asan Medical Center, Seoul, South Korea, and first author of the study.

In the trial, known as PRECOMBAT, 600 patients with LMCAD were randomly assigned either to receive a drug-releasing stent or to undergo CABG at 13 medical centers in South Korea between 2004 and 2009. The average age of patients at treatment was 62.3 years, 76.5% were men and 32% were being treated for diabetes.

The primary study endpoint was the combined occurrence of death from any cause, heart attack, stroke or the need for a second procedure to unblock the same artery. The trial was designed to determine whether outcomes with stenting were not worse than with CABG. Follow-up results at one year and five years, published in 2011 and 2015, found no significant differences between the two groups for the primary endpoint or for any of its components except that patients treated with a stent were more likely to need a second procedure to unblock the same artery.

In the current study, the median length of follow-up was 11.3 years. Data showed that 87 patients treated with a stent (29.8%) and 72 treated with bypass surgery (24.7%) had died, had a heart attack or stroke, or needed a second procedure to unblock the same artery, a difference that was not statistically significant. However, when the researchers looked only at the proportion of patients who required a second procedure, the difference between the groups was statistically significant, with 16.1% of patients receiving a stent needing a second procedure compared with 8% of those who had bypass surgery.

Of note, patients enrolled in the PRECOMBAT trial were treated with “first-generation” drug-coated stents. The “second-generation” stents being used today are both safer and more effective than the ones that were available 16 years ago when the PRECOMBAT study began, Park said, adding that additional studies are needed to assess the outcomes after 10 or more years of follow-up for patients treated with these second-generation stents.