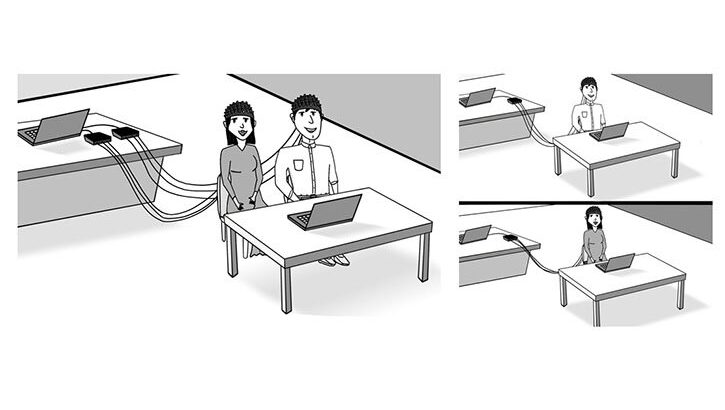 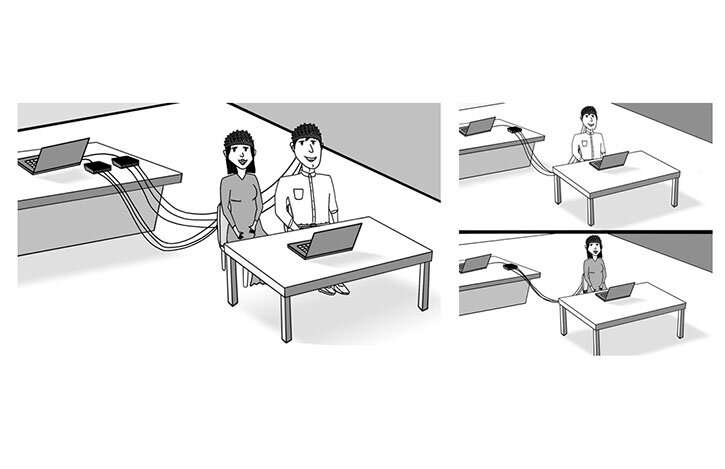 A study led by Nanyang Technological University, Singapore researchers has revealed that the physical presence of spouses who are co-parenting can alter each other’s brain activity.

The researchers analyzed how the brain activity of 24 pairs of husbands and wives from Singapore changed in response to recordings of infant stimuli such as crying when they were physically together and when they were separated.

They found that when spouses were physically together, they showed higher similarities in brain responses to the stimuli than when they were separated. This effect was only found in true couples and not in randomly matched study participants.

The area of the brain the researchers monitored is the prefrontal cortex, which is associated with complex behavior and emotional states.

When similar brain activity in the same area of the brain (i.e., greater synchrony) is observed in two people, it suggests that both are highly attuned to each other’s emotions and behaviors.

The senior author of the study, NTU Associate Professor Gianluca Esposito, who holds a joint appointment in the School of Social Sciences and the Lee Kong Chian School of Medicine, said, “Our study indicates that when spouses are physically together, there is greater synchrony in their attentional and cognitive control mechanisms when parenting.

“Since the brain response of parents may be shaped by the presence of the spouse, then it is likely that spouses who do not spend much time together while attending their children may find it harder to understand each other’s viewpoint and have reduced ability to coordinate co-parenting responsibilities. This may undermine the quality of parental care in the long run.”

Associate Professor Esposito, who also leads the Social and Affective Neuroscience Lab (SAN-Lab) at NTU, said more time together while attending a child may seem a “waste of time.” However, it may prove to help the couple with parenting.

“This finding is particularly useful for parents who are working from home during this ‘circuit breaker’ period, as families spend more time together at home as part of social distancing measures in the fight against COVID-19. The entire family interacting together for an extended period may be stressful, but parents can take this time to tune into each other’s behavior and emotions while caring for their children.”

The study, undertaken in collaboration with researchers from the U.S. National Institute of Child Health and Human Development and the University of Trento, Italy, was published in Nature Scientific Reports in May 2020.

The researchers used functional near-infrared spectroscopy (fNIRS), a non-invasive optical imaging technique, to measure brain signals based on the level of oxygenated and deoxygenated blood in the brain.

Prior to the experiment, couples answered a questionnaire that aimed to measure how often the mother or father took the lead in co-parenting. The couples were then exposed to infant and adult laughter and cries, as well as a static sound, either together (in the same room at the same time) or separately (in different rooms at different times).

The NTU research team compared the couples’ brain activity to calculate brain-to-brain synchrony and found that couples showed a greater degree of synchrony when they were together than separated. This degree of similar brain activity was found to be unique to real couples and was not observed between randomly matched couples.

The paper’s first author, Ms. Atiqah Azhari, an NTU Ph.D. candidate at the SAN-Lab, said, “Our study brings us a step closer to uncovering how the parental brain may be shaped by the physical presence of the co-parenting spousal partner. To ascertain how synchrony may be beneficial or not for the couple or child, future research should look into how synchrony during positive and negative emotional situations directly affects coordinated caregiving behaviors.”